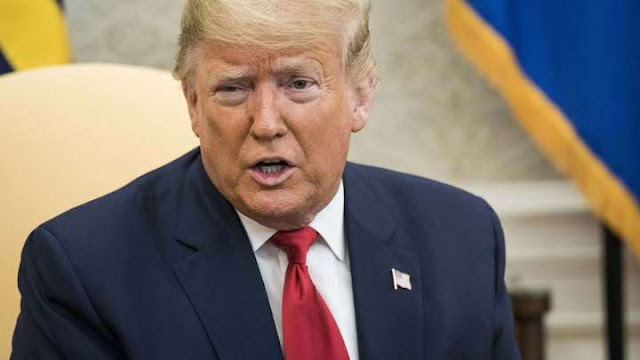 The White House on Wednesday announced an extensive public awareness campaign in partnership with several major media outlets to educate Americans about the coronavirus.

The administration is partnering with NBCUniversal, ViacomCBS, ABC/WaltDisney Television and iHeart Media to disseminate information about the virus to various age groups.

First lady Melania Trump, Surgeon General Jerome Adams, Dr. Deborah Birx and Dr. Anthony Fauci are among the administration officials who will appear in PSAs explaining how Americans can prevent the spread of the virus.

Various media partners will also play complementary roles in getting information about the disease out to the public, the White House said.

NBC will create a series of videos and infographics in English and Spanish targeted at vulnerable population.

Viacom brands such as MTV, Comedy Central, Paramount Network, VH1 and CMT launched the #AloneTogether campaign aimed at encouraging social distancing while bonding through entertainment. Nickelodeon is developing PSAs specifically for young kids that will feature educational content while schools are shuttered.

ABC and its partner networks will promote messaging about the virus aimed at parents and families.

All of the messages will urge viewers to go to coronavirus.gov for up to date information and resources.

"All PSAs and content will air and run during air time and space that will be donated by the media and coordinated through the Centers for Disease Control and Prevention and the Department of Health and Human Services," the White House said.

The awareness campaign is the most extensive effort to date from the White House to inform the public about the risks of the coronavirus. Administration officials have in recent days urged Americans to limit public gatherings to no more than 10 people, conduct work and schooling from work and avoid restaurants and bars.

The collaboration with the media is particularly noteworthy given President Trump's lengthy track record of attacking the credibility of many of the same companies working with the White House, frequently labeling them as "fake news."

Trump on Tuesday acknowledged that the White House could have done a better job managing its relationships with the press at the start of the coronavirus outbreak.

There were more than 7,000 confirmed cases of coronavirus in the U.S. as of Wednesday afternoon, and more than 120 Americans with the virus have died, according to The New York Times.