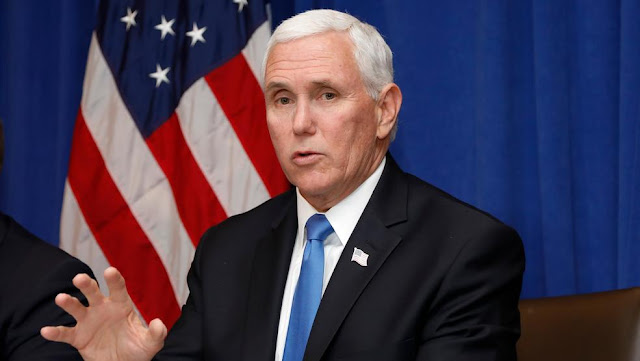 Vice President Pence on Thursday confirmed that the coronavirus is more lethal than the flu and predicted that the United States can expect “thousands of more cases.”

NBC News’s Savannah Guthrie asked Pence during an appearance on “Today” to confirm that “this is much more lethal than the seasonal flu.”

“It is, Savannah,” Pence responded.

Pence added that global data indicates the virus is a “threat of very serious consequences” for senior citizens with underlying health conditions but not for younger Americans, “particularly children under the age of 15.”

When Guthrie asked Pence how many Americans are expected to be infected, the vice president said, “We know there will be thousands more cases of coronavirus in this country."

“I’ll leave to the experts to make the estimates of how many people may be infected,” Pence said.

Pence defended the Trump administration's response to the virus, citing President Trump's “unprecedented action” suspending all travel from Europe to the U.S. amid the outbreak, saying the decision was made “all because we know there will be more infections in the days ahead.”

“We’re trying to hold that number down as much as possible,” the vice president said.

The president in a Wednesday night address to the nation announced the decision to suspend travel from Europe for the next 30 days in an attempt to limit the number of cases in the U.S. In January, Trump suspended travel to China.

There has been conflicting information on the coronavirus from administration officials and experts.

Trump attempted to calm the public Tuesday by saying the virus will go away, while Anthony Fauci, the director of the National Institute of Allergy and Infectious Diseases, said Wednesday that millions could contract the virus.

Fauci, who is also a member of the White House coronavirus task force, testified in front of Congress Wednesday, and emphasized the difference between the coronavirus and the flu.

As of Wednesday, the U.S. had recorded more than 1,300 cases and 38 deaths, according to data from Johns Hopkins University.