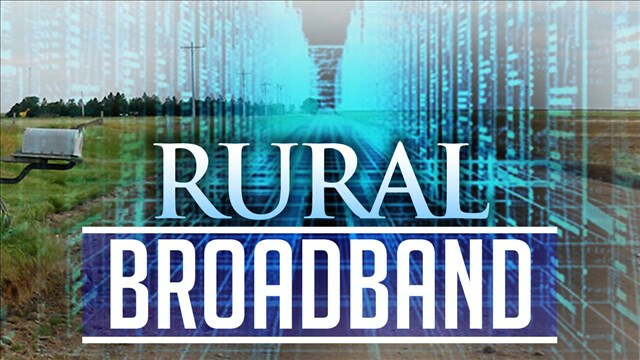 In the 21st Century, long-heralded as “the age of connectivity,” it’s sometimes difficult to think back to a time before the internet—to a world without instant communication, global connectivity and access to virtually unlimited information.

But it’s a daily reality for many rural residents who don’t have high-speed broadband access available in their area.

Acting under a directive from President Donald Trump, the U.S. Department of Agriculture (USDA) Rural Development division is seeking to change that.

“Rural people deserve the same kind of opportunities that people in the cities do,” U.S. Secretary of Agriculture Sonny Perdue said. “So, we’re bringing high-speed broadband to families in rural areas.”

Through the ReConnect Pilot Program, USDA is investing $19 million in three high-speed broadband infrastructure projects in the state of Texas, Perdue announced today at an event in Elmendorf.

“Our core mission at USDA is to increase rural prosperity through boosting economic opportunity in rural America,” Perdue said. “We know that rural communities need robust, modern infrastructure to thrive, and that includes having access to broadband e-connectivity. USDA is proud to partner with rural communities to deploy this critical infrastructure because we know when rural America thrives, all of America thrives.”

While most Americans take broadband for granted, data compiled by the Federal Communications Commission shows that 26.4 percent of rural Americans lack access to broadband compared to only 1 percent of urban Americans.

“There is a digital divide between rural and urban America,” Texas Farm Bureau President Russell Boening said. “Broadband is no longer a luxury. It’s a necessity, and we’re thankful that legislators heard our concerns and approved the funding for this USDA program. It’s going to open up access to many Texas families.”

“Without access to broadband, simple tasks like checking the weather forecast or paying a bill become difficult, and more involved tasks like applying for government benefits or an out-of-town job became near inaccessible,” U.S. Sen. John Cornyn said. “I was proud to support this funding in the Senate, and I thank the Trump administration for prioritizing infrastructure in rural Texas communities.”

“A lot of agricultural technology today depends on connectivity,” Perdue said in an interview with the Texas Farm Bureau Radio Network. “A lot of the data collected goes back to the internet, so If you don’t have connectivity, you can’t use those tools in precision agriculture.”

Mid-South Synergy will use a $6 million ReConnect grant to deploy a Fiber-to-the-Premises (FTTP) broadband network in rural Texas. This network will be capable of symmetrical transmission speeds of at least 100 megabits per second (Mbps). The service area includes 786 households, 26 farms, 17 pre-subscribed businesses and seven critical community facilities spread over 385 square miles in Brazos, Grimes, Madison and Walker counties.