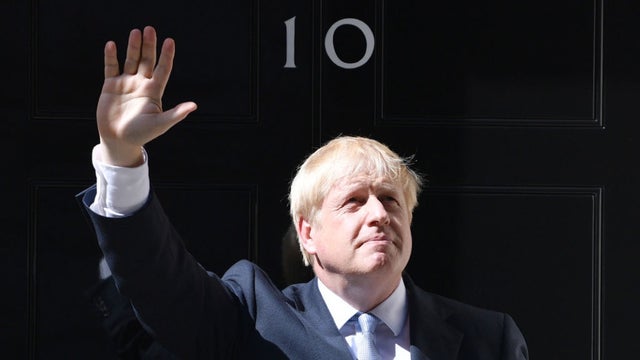 British Prime Minister Boris Johnson on Friday confirmed on Twitter that he has tested positive for the coronavirus.

In his tweet, Johnson said he had developed "mild symptoms" over the past 24 hours and that he has tested positive for COVID-19.

"I am now self-isolating, but I will continue to lead the government’s response via video-conference as we fight this virus," he added.

According to Johns Hopkins University, the United Kingdom has nearly 12,000 confirmed cases of the virus and at least 580 deaths.

Johnson is one of the first heads of state to announce a positive test for the coronavirus, after Monaco's Prince Albert last week, though there have been a few scares

On Monday, German Chancellor Angela Merkel reported that she had tested negative for COVID-19. Merkel entered quarantine on Sunday after she found out that her doctor had tested positive for the virus.

There were conflicting reports on whether Brazilian President Jair Bolsonaro had tested positive earlier in the month, but Bolsonaro stated that his tests were negative. Bolsonaro’s spokesman did test positive, however.

This forced White House press secretary Stephanie Grisham to self-quarantine as she had come in contact with the aide when Bolsonaro and his delegation met with President Trump at his Mar-a-Lago resort in Florida earlier in March.

Trump and first lady Melania Trump have both tested negative for the virus. Vice President Pence and second lady Karen Pence were tested Saturday after one of the vice president’s staffers tested positive. They were both negative.

Sen. Lindsey Graham (R-S.C.), who was at the meeting with Bolsonaro, also self-quarantined. Both Grisham and Graham tested negative for COVID-19. Grisham returned to the White House to resume her duties on Wednesday.