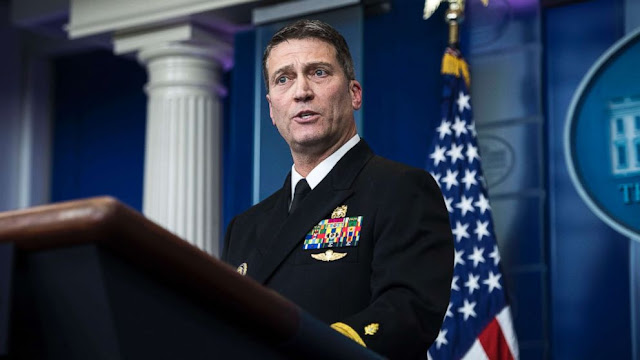 A few days after Donald Trump endorsed August Pfluger for the 11th Congressional District last month, seven of his nine primary opponents called an "urgent" news conference where they suggested the president had placed a bad bet.

The following weekend, the Midland Reporter-Telegram published an op-ed from local hard-right power broker Tim Dunn that panned Trump's endorsement as a misguided move that was orchestrated by House Minority Leader Kevin McCarthy.

It all seemed to matter little.

On Tuesday night, Pfluger won outright in the Republican primary to replace retiring Rep. Mike Conaway, R-Midland, an impressive feat given the large field. Even before Trump endorsed Pfluger on Feb. 12, the former Air Force fighter pilot was headed toward a first-place finish, though it was uncertain whether he could clear the critical 50% threshold to avoid a runoff.

"In my opinion August was likely to win by about 40% of the vote but be unable to push through to victory in the Primary as many in the field claimed to be a supporter of the President," said Jeff Betty, the GOP party chairman in Pfluger's native Tom Green County. "By endorsing, President Trump removed any doubt as to who he preferred to work with these next two years and more."

The 11th District primary was one of several competitive nominating contests Tuesday that Trump had gotten involved in, all of which his candidates won or advanced from. The competition for the endorsements — and campaigns' subsequent heralding of them — served as yet another reminder of Trump's overwhelming popularity within his party and how his support — or even the appearance of it — could alter the course of a race.

Trump had endorsed more than a dozen Texas Republicans on the ballot Tuesday, though his backing was the most significant in five primaries. In three of them, Trump's nod appeared to either help propel a candidate above the runoff threshold — like in Pfluger's case — or cement their already likely place there. In another case, Trump's endorsement was a powerful reinforcer as U.S. Rep. Kay Granger of Fort Worth fended off a primary challenger questioning her presidential loyalty. And in the fifth case, Trump gave a late boost to the former White House physician, Ronny Jackson, who was already enjoying the perception of presidential support in his bid to succeed retiring U.S. Rep. Mac Thornberry, R-Amarillo.

"I hope we can get Admiral @RonnyJackson4TX of Texas, who served our Country so well, into the runoff election in #TX13!" Trump tweeted the Friday night before the primary, hours after early voting ended.

Jackson went on to qualify for a runoff against Thornberry's preferred candidate, Josh Winegarner, knocking out self-funded conservative donor Chris Ekstrom, 20% to 15%. But Jackson already appeared on track for the overtime round, having taken an early vote lead over Ekstrom, who launched 11th-hour attacks highlighting how Jackson could still be under Pentagon investigation for the professional misconduct allegations that derailed his nomination to lead the VA in 2018.

Whatever the impact of Trump's Friday night tweet, Jackson undoubtedly benefitted from the Trump connection. He had lagged far behind Winegarner and Ekstrom in fundraising, though he cobbled together enough money to air a TV ad that, from start to finish, featured Trump's comments praising him in 2018.

The endorsement frustrated Putnam supporters like Julie McCarty, head of the True Texas Project, formerly the NE Tarrant Tea Party. McCarty said it was "unfortunate" that Trump backed Granger, calling her the "very definition of a swamp creature that Trump is supposed to be ridding us of."

But Granger's campaign and deep-pocketed allied groups relentlessly pushed the Trump endorsement, filling the airwaves and mailboxes with reminders of it. Meanwhile, Putnam got similarly high-dollar aid from the Club for Growth, which hammered Granger as insufficiently conservative.

Putnam's campaign saw its best polling numbers internally shortly after early voting began Feb. 18, but then the pro-Granger Congressional Leadership Fund launched a massive $850,000 ad buy reminding voters that the Club for Growth had spent millions of dollars to try to defeat Trump in the 2016 presidential primary. In its polling, the Congressional Leadership Fund found the most effective way to undermine the Club for Growth's attacks was to bring up its anti-Trump history. (The group has since refashioned itself as a Trump ally.)

"Kay’s outside group opponents found out the hard way, once again, that taking aim at President Trump and his candidates is a bad bet," CLF's president, Dan Conston, said in an election-night statement.

Keats Norfleet, a Republican consultant who worked for Granger and Pfluger, said the presidential endorsement was most effective because it "in both cases gave affirmation to what both those people had been doing." Granger had fought for Trump's budget priorities as the top Republican on the powerful House Appropriations Committee, while Pfluger had served on the staff of Trump's National Security Council.

It was also notable that Trump stayed out of some primaries, namely in the 22nd District, where Rep. Pete Olson, R-Sugar Land, is retiring. In that primary, Pierce Bush, the grandson of the late former President George H.W. Bush, failed to qualify for the runoff, which now pits Fort Bend County Sheriff Troy Nehls against self-funding GOP activist-donor Kathaleen Wall.

All three had run as allies of the president, though Wall did so most emphatically. She aired a TV ad attacking Nehls as out of sync with Trump on immigration and dropped 11th-hour mail reminding voters that Bush took part in a 2017 protest against Trump's travel ban targeting several Muslim-majority countries.

Trump also did not endorse in the battleground 23rd District, where Rep. Will Hurd, R-Helotes, is not seeking reelection. In the nine-way primary to replace him, Hurd had endorsed retired Navy crypotologist Tony Gonzales, who is now headed to a runoff against Raul Reyes, a retired Air Force lieutenant colonel who was already running against Hurd before he announced his retirement. Gonzales has expressed hope he can eventually earn Trump's endorsement.

While most of Trump's endorsements in the Texas primary came in solidly Republican districts, he did back a pair of candidates in battleground districts: Wesley Hunt, who was in a six-way primary to challenge Rep. Lizzle Fletcher, D-Houston, and Beth Van Duyne, who was in a five-way primary to replace retiring Rep. Kenny Marchant, R-Coppell. Both decisively won outright — Hunt with 61% of the vote and Van Duyne with 64%.

Hunt, an Army veteran who was preferred by national Republicans, ran as a "Trump conservative" in the GOP primary for Fletcher's 7th District, which the president lost by about one and a half percentage points in 2016.

Democrats are hoping to make the GOP candidates pay for Trump's endorsement in the general election. Avery Jaffe, a spokesman for the Democratic Congressional Campaign Committee, said in a statement that "Republicans’ obedience to Trump means they own every part of his agenda that diverse and suburban voters across Texas have repeatedly rejected since 2016."

Hunt campaign manager Jim Hilk said in a statement that Hunt "can bring Democrats and Republicans together and represent the districts’ priorities, from protecting the energy industry from the Democrats’ radical Green New Deal to working with the Trump administration to address flooding and infrastructure."

By Thursday morning, some of the Republicans that had fallen to Trump-endorsed candidates were brushing themselves off, making clear they did not hold a grudge against a president who remains highly popular in their party. With little opposition, he won the Texas primary Tuesday with 94% of the vote.

"I know I could beat my opponent, just couldn’t beat @realDonaldTrump," Putnam tweeted. "Love you anyway Mr. President & you have my complete support in 2020. U can get me back in 22."