Trump needs to use sober-minded realism in dealing with coronavirus 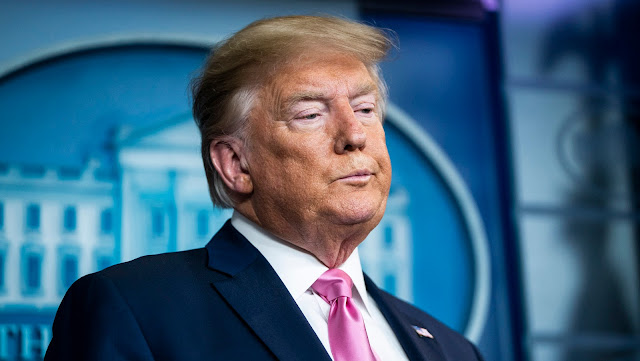 Some of Trump’s self-appointed surrogates in the media, such as Rush Limbaugh, declared fears of coronavirus were “being weaponized” by the media to scare Wall Street and hurt Trump’s re-election. The word “hoax” keeps popping up across social media among his defenders.

Trump seemed to take a Wall Street First approach to the potential pandemic, sending out White House economic adviser Larry Kudlow out onto television and instructing people to buy the dip.

Well, here we are, with spreading clusters of cases in Seattle and Los Angeles. Another one may be gathering steam in New York. And yet, the president is giving bad public health advice on cable television.

The president appeared on Hannity last night and implied that people should still go to work even if they contracted coronavirus. He once again made an irresponsible comparison between coronavirus and the seasonal flu in an attempt to downplay the spread. He also contradicted the World Health Organization’s projected mortality rates based on what he called his “hunch.”

Now it’s true that there is a persistent coronavirus-skeptical line, which holds that the number of infected is much higher than reported, meaning that mortality rates are overstated. But it’s not the job of the president to work on the best-case scenarios during an unfolding panic.

The annual flu doesn’t lead to the shutdown of the world’s largest industrial region for weeks at a time. If his initial rosy predictions are already going bust, he should stop making them altogether.

It was as if he were still trying to triage his governing and electoral strategy. In this election year, Trump declared a cease-fire in his mostly fake trade war with China, an action that sent Wall Street markets frothing again.

The virus-related industrial shutdowns in China began to disrupt the optimism, and fears of similar shutdowns across the West are motivating a sell-off and a possible correction. I’m sure Trump saw that his good luck, and his gambit for running on the highest-ever stock market, was being jeopardized by something entirely out of his control.

Well, if it’s no longer in control, the only thing left to do is to be a responsible president and face the challenges of the day with sober-minded realism. So far, he’s not up to it.