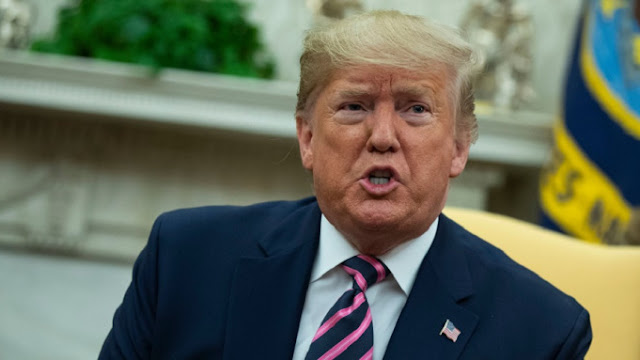 According to exit polls, nearly 70 percent of black Democratic primary voters in Alabama and Virginia supported Biden, as did more than 50 percent in North Carolina and Tennessee. Biden appears to have outperformed Sanders among black voters in Texas by a significant margin.

If Biden secures the Democratic nomination, it will be, in large part, because of the support of black voters. As strong as that support has been thus far, it will need to improve in the general election for him to have any chance of defeating the president.

President Trump continues to court black voters more aggressively than any other Republican presidential candidate in recent memory. Admittedly, the bar is low. The calculation of previous candidates appears to have been that, since Republicans rarely get more than 9–10 percent of the black vote (Trump got 8 percent in 2016), it didn’t make sense to expend significant campaign time and resources on the black electorate.

Some of us have been arguing for a long time that that’s a major blunder. A swing of just a few percentage points in the black vote would consign Democratic presidential prospects to those of Beto O’Rourke and Cory Booker.

Trump understands this. An increase of just 2 to 4 percentage points over his 2016 black vote total would solidify his hold on Michigan, Pennsylvania, and Wisconsin and would help move Minnesota and Nevada into his electoral vote column.

A 2 to 4 percentage point move in the black vote is well within the realm of possibility. Trump is presiding over the best economic time for blacks in history, and not by a small margin. Not only is black unemployment at the lowest ever, but median household income is up — and the Trump campaign rightly points this out every chance it gets.

As opposed to previous Republican presidential candidates (and because the press has been loath to report it), Trump makes sure everyone knows blacks are benefiting from his policies. He also employs the power of imagery better than any president since Reagan. Trump’s State of the Union references to Opportunity Scholarship recipient Janiyah Davis, the promotion of 100 year-old Tuskegee airman Charles McKee to brigadier general, and his Super Bowl ad featuring Alice Johnson are but a few examples. In the last week, the Trump campaign opened more than a dozen community centers in black neighborhoods in cities such as Cleveland, Detroit, Philadelphia, Milwaukee, and Atlanta. Among other things, the centers sell “woke” Trump merchandise.

Trump’s efforts largely have been met with derision by Democrats, many of whom continue to behave as if the black vote is a permanent Democratic entitlement. Typical are CNN’s Chris Cuomo and Don Lemon, who’ve nearly collapsed with laughter ridiculing the community center outreach, not considering for a moment that, among other things, the “woke” initiative is trolling genius.

Van Jones, however, isn’t as amused. Immediately after the State of Union address, he warned Democrats about their complacency regarding the black vote. Recent polling data supports Jones’s warning. A Harvard CAPS/Harris poll shows Trump’s approval rating among blacks at 22 percent, and a Zogby poll shows similar figures. Recent Emerson and Rasmussen polls have Trump approval at 34 percent. For Democrats, these figures should be accompanied by flashing red lights and sirens. Hillary Clinton got 92 percent of the black vote in 2016 and still lost. Sanders’s black support is tepid at best and comes mainly from notoriously unreliable younger voters. And Biden’s doesn’t appear any better than Clinton’s. The economy — if it remains anywhere near present levels — and Trump’s energetic effort to secure more of the black vote will make it difficult for either Sanders or Biden to replicate Clinton’s numbers.