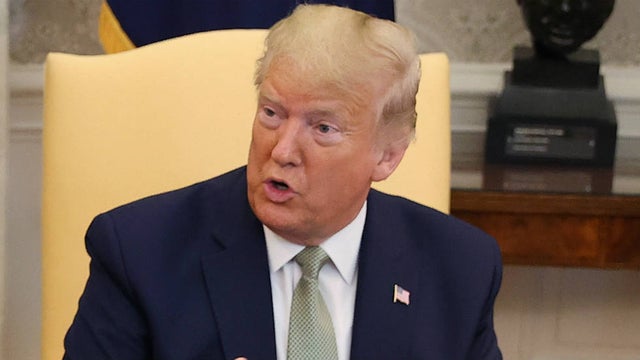 President Trump is weighing whether to declare a national emergency over the coronavirus, which would free up additional resources to combat the rapidly spreading disease.

The president indicated to reporters on Thursday that using an emergency declaration under the Stafford Act was under consideration, but would not say definitively whether he would sign it.

"We have things that I can do. We have very strong emergency powers under the Stafford Act," he said during an Oval Office meeting with the Irish prime minister. "I have it memorized practically as to the powers in that act, and if I need to do something I’ll do it. I have the right to do a lot of things that people don't even know about."

Asked if he planned to declare a national emergency on Thursday, Trump deflected.

Trump can declare a national emergency or major disaster under the Stafford Act, which would enable the Federal Emergency Management Agency (FEMA) to mobilize additional resources to fight the coronavirus.

There were roughly 1,300 people with confirmed cases of the coronavirus in the U.S. as of Thursday morning, and 37 people had died from the virus, according to The New York Times.