Texas governor calls for May local elections to be postponed 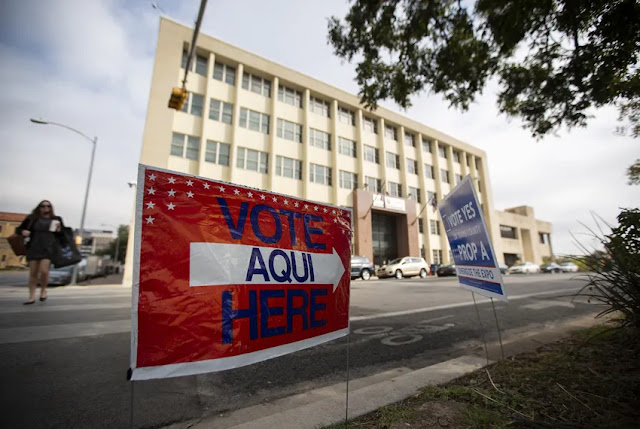 Texas Gov. Greg Abbott (R) issued a proclamation Wednesday that would allow local elections to be postponed amid the coronavirus outbreak.

Abbott’s move allows local governments to move elections scheduled for May 2 to Nov. 3, the date of the presidential general election. Local governments are not mandated to follow the proclamation, but Abbott urged them to heed the advice.

"I strongly encourage local election officials to take advantage of these waivers and postpone their elections until November," Abbott said in a statement. "Right now, the state's focus is responding to COVID-19 — including social distancing and avoiding large gatherings. By delaying this election, our local election officials can assist in that effort."

Under an advisory released by Texas Secretary of State Ruth Hughs (R), candidate filings and mail-in ballots sent for the May 2 races will still apply if locales decide to postpone their races.

Abbott has already issued a disaster declaration in Texas, a move that paved the way for him to issue Wednesday’s proclamation.

The governor has not issued any guidance for the May 26 runoff election to choose the Democrat who will challenge Sen. John Cornyn (R) in November. Afghan war veteran M.J. Hegar and state Sen. Royce West will face off in that runoff race.

Federal government officials have advised against gatherings of 10 or more people as part of its “social distancing” recommendations, throwing local, state and federal elections into question. Several states have already postponed their presidential primaries to try to curb the spread of the coronavirus, which has killed over 100 people in the U.S.