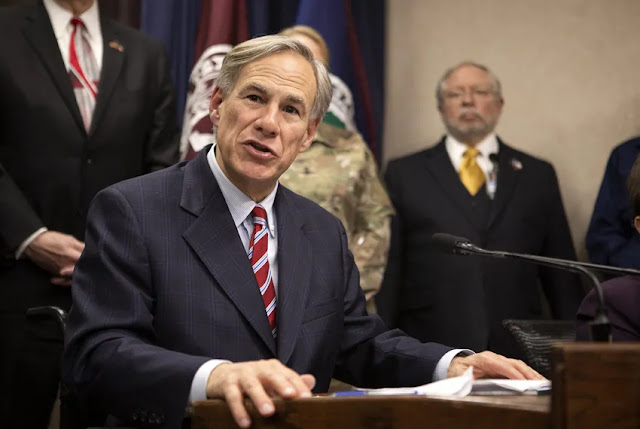 The number of Texans testing positive for the new coronavirus is likely to dramatically rise as the state's testing capacity ramps up and cases of community spread continue to climb, Gov. Greg Abbott said Monday.

"You're going to see an exponential increase in the number of people testing positive on a daily basis, " Abbott said at a press conference.

By the end of this week, testing for the new coronavirus in Texas is expected to ramp up to 10,000 tests weekly, Abbott said.

More than 200 people in Texas have already been tested. As of Monday, more than 300 Texans are being monitored and they may test positive, the governor said.

Abbott's comments in San Antonio came as school districts are shuttering, local officials are banning events with large groups of people and Texans are being told to practice social distancing and to work from home if they can.

State and federal officials have reported at least 69 cases in the state as of Monday. There are likely more unconfirmed cases, given that there are examples of community spread and there has been limited testing capacity. Community spread occurs when the source of infection is unknown.

While testing was originally limited to people who'd traveled outside of the country, community spread has expanded who is eligible for testing. First responders, healthcare workers, vulnerable populations and those with symptoms will be prioritized for testing, the governor said. Those who are asymptomatic will not be tested at this time, though public health officials have warned infected people without symptoms can also spread the virus.

"They want to test as many people as possible, but they're not going to test someone with no symptoms whatsoever," Abbott said.

Health care workers will likely be tested on a daily basis, said John Hellerstedt, commissioner of the Texas Department of State Health Services.

"If we lose the health care providers to COVID-19 we’re not gonna have anybody to care for all these people," Hellerstedt said.

Abbott emphasized that aside from public testing, private health care providers will have access to the new coronavirus tests as well. The governor encouraged those with private insurance to see their current doctor.

To get tested, individuals will need a doctor's order, the governor said.

"You can't just drive up like you would drive up to a Whataburger and order a cheeseburger. You can't just walk up to this and order a COVID-19 test," Abbott said of drive-through testing centers that will continue opening throughout the state.