Surgeon General: 'This week, it's going to get bad' 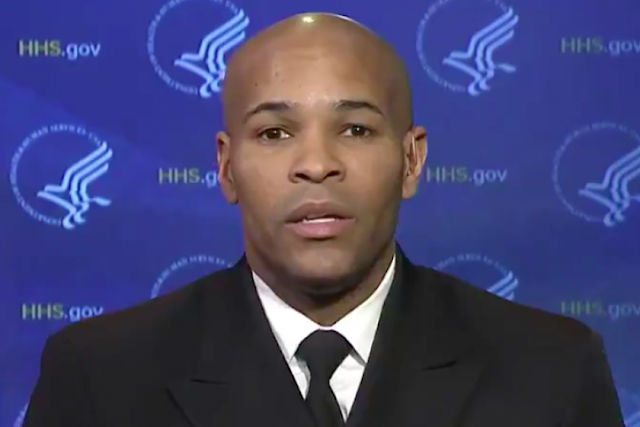 Surgeon General Jerome Adams on Monday reiterated an urgent call for Americans to follow recommendations to stay at home in order to mitigate the spread of the coronavirus.

“I want America to understand this week it's going to get bad,” Adams said Monday in an appearance on NBC’s “Today.”

Adams said people who are still not following recommendations and going outside for unnecessary reasons are leading to the spread of the virus. He called out people going to beaches and the crowds looking at the cherry blossoms in Washington, D.C.

Adams said officials don't want Dallas, New Orleans or Chicago to “turn into the next New York.” New York has become a hot spot for the virus in the nation.

“Everyone needs to act as if they have the virus right now, test or no test, we need you to understand you could be spreading it to someone else or you could be getting it from someone else. Stay at home,” Adams said.

The surgeon general’s call for Americans to remain at home comes as President Trump suggested he may lift restrictions intended to mitigate the spread of the virus.

“WE CANNOT LET THE CURE BE WORSE THAN THE PROBLEM ITSELF,” Trump said in a late night tweet. “AT THE END OF THE 15 DAY PERIOD, WE WILL MAKE A DECISION AS TO WHICH WAY WE WANT TO GO!”

“Today” host Savannah Guthrie asked Adams about the tweet in his interview. Guthrie noted that Adams has said the restrictions may need to be in place for more than the 15-day period outlined in the White House plan released last week.

“It sounded like the president was at least considering ending these measures after the 15-day period,” Guthrie said, reading the tweet. “That sounds like what we're doing to stop it is worse than the virus itself. Where do you come down on that?"

“As the nation's doctor I'm here to help America understand how we need to respond to this, and where I come down is that every single day counts. Every single second counts, and right now there are not enough people out there taking this seriously,” Adams responded.