Surgeon General: Coronavirus outbreak 'will get worse before it gets better' 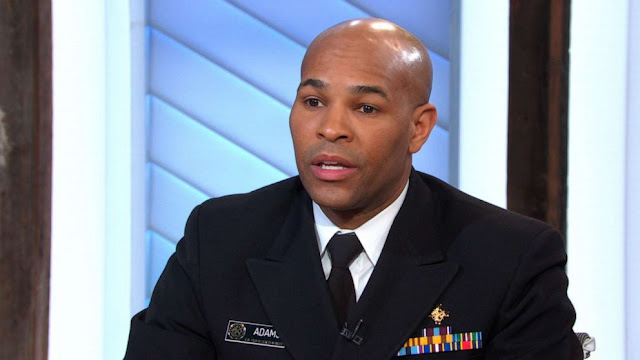 The U.S. Surgeon General warned on Tuesday that Americans should be prepared for a larger outbreak of coronavirus, but stressed that it shouldn't be a reason to panic.

"People should know this is likely going to get worse before it gets better," Jerome Adams said during an interview on ABC's Good Morning America.

"Americans should absolutely be prepared, but that doesn't mean that they should be afraid," Adams added.

The comments from Adams comes as the number of cases of coronavirus in the U.S. have soared. Currently, there are 761 confirmed cases in more than 30 states with 27 deaths, according to Johns Hopkins University.

The Centers for Disease Control and Prevention has been warning Americans over the age of 60, especially those with underlying health conditions, to avoid unnecessary travel and to stay away from large crowds.

Adams said he has been advising communities to prepare for outbreaks, even if they currently are not seeing clusters of infected people.

Health officials have long stressed that as testing capacity increases, more people infected with the virus will be identified. The Trump administration has come under fire for being caught flat-footed in regards to the availability of diagnostic testing for the coronavirus, as well as problems with the quality of the initial tests that resulted in a slower response time.

Adams admitted "there were problems scaling up the test," but defended the administration's ability to rapidly deploy tests to Americans who need them, especially compared to other countries like South Korea, which to date has tested far more people than the U.S.

"When we looked at the tests that were going on in the rest of the world, they weren't being held to the same quality standards that people in America expect, and FDA [Food and Drug Administration] regulations require," Adams said.

Health officials have steadily ratcheted up their warnings to the public, even as some in the Trump administration attempt to downplay the severity and impact of the virus. Officials have also begun moving toward a strategy of mitigation, after efforts to contain the virus to just a few areas have failed.

"Initially we had a containment posture, and that works when you know where the cases are coming from," Adams said. "We're looking at mitigation ... things like school closures, pulling down large social gatherings, things like telework policies, those are all steps folks should be thinking about in case they have an outbreak in their communities."