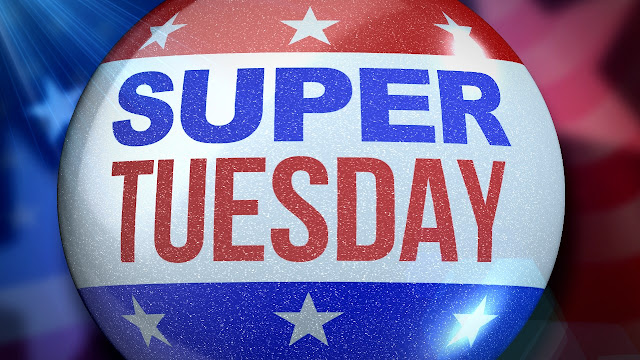 With the conclusion of the South Carolina’s primary and Biden’s win by nearly 30 percent, the eyes of the nation now turn toward Super Tuesday where 15 jurisdictions will be holding their primaries.

“If a candidate wins in a lot of those states or all of them, even if they don’t get 50 percent of the votes, if they get a lions share of the delegates that are up for grabs on that day, often times, that can determine who will be the nominee, and there may be no way for a candidate to catch up,” Daniel Epstein, director of online and regional site education for the Texas Tech Department of Political Science, said.

The Republican primaries have been relatively calm with Donald Trump pulling in 86 delegates and Bill Weld pulling in only one delegate, according to the Associated Press. But this is not out of the ordinary, as most incumbent presidents are almost always nominated again.

Super Tuesday could make the difference for other Republican candidates.

With Bernie Sanders coming away with two wins in primaries so far, former candidate Pete Buttigieg coming forward with one and Joe Biden coming forward with the most recent victory in South Carolina, the results this Tuesday are sure to be mixed, according to the New York Times.

“We still have an electorate that is undecided and not sure who they really prefer,” Seth McKee, associate professor in political science at Tech, said. “I think it will probably just generate additional confusion. A lot of Democrats are trying to figure who would be a good alternative to Bernie but they can’t, there hasn’t been enough time.”

Super Tuesday could be a candidate’s opportunity to start a new narrative that may help carry them to the nomination.

Each candidate has advantages in states either where they are from or where their messages may resonate the most, according to FiveThirtyEight. For example, data shows while Amy Klobuchar may not have the strongest lead anywhere else, in her home state of Minnesota, she has the lead by nearly 7 percent over Sanders.

While home states may be a valuable resource for candidates just trying to stay in the race, it is unlikely that they will make a difference in the final result, according to The Washington Post. The main battleground states will be ones with large delegate counts such as California and Texas.

Currently in California, according to FiveThirtyEight, Sanders is polling at 31 percent while Biden in second place is polling at 19 percent. California is a very liberal state though often choosing to go with one of the farthest left candidates.

Another hotly contested state is Texas, but unlike California it is right on a knife-edge and could go either way, according to FiveThirtyEight.  As of Today, the polls show that both Biden and Sanders have approximately 45 percent of the vote. Claiming a victory in Texas could be a huge factor in establishing a narrative for both the Biden campaign and the Sanders campaign even if it just by a small margin.

Regardless of the results, some voters may still not have made up their minds about who they will vote for in the primary election Tuesday.

Doing so is common according to the Secretary of States website, which hosts the numbers in early voting.  While more than a million Democrats have already voted thanks to early voting it only is about 6 percent of registered voters in Texas.