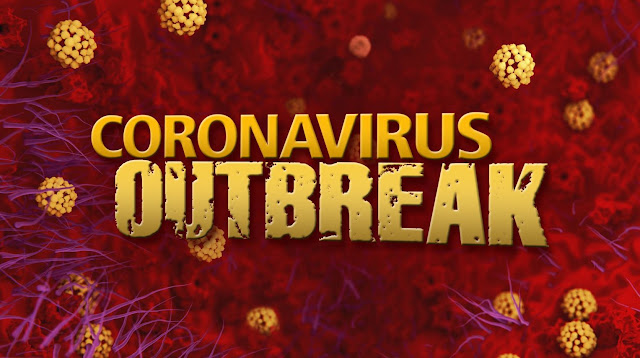 State governments and health agencies are racing to combat the spread of the coronavirus as the number of cases balloons toward epidemic levels.

Seventeen states have declared public health emergencies, and some are taking more innovative steps to combat the virus. Sixteen states have established task forces or committees to oversee governmentwide responses.

More than 760 Americans have been diagnosed with COVID-19, the disease caused by the coronavirus, according to researchers at Johns Hopkins University. That is three times higher than the number of cases that the Centers for Disease Control and Prevention (CDC) had identified on Friday.

New York Gov. Andrew Cuomo (D) said Monday that his state would begin producing its own hand sanitizer, as much as 100,000 gallons a week, in order to stop price gouging. Cuomo said it would be distributed to at-risk communities in places like New Rochelle, at the center of his state’s outbreak, and on public transportation.

“This is a superior product to products now on the market,” Cuomo said, unveiling a solution that is 75 percent alcohol, a higher content than in commercially available products like Purell. “This is also much less expensive than anything government could buy.”

On Tuesday, Cuomo announced the establishment of a one-mile "containment zone" in New Rochelle to limit large gatherings of individuals in an attempt to curtail the spread of the virus.

In California, which is also experiencing more than 100 cases of COVID-19, Gov. Gavin Newsom (D) has ordered the state to supply some of its stockpile of 21 million filtering masks to local health departments to avoid shortages. Newsom said 15 laboratories in the state are now capable of testing for the virus.

Several states are winning approval from the CDC to conduct in-house testing, expanding local capacity at a time when more tests are likely to flow into laboratories. The CDC has already approved Alabama, Arizona, Maryland, North Dakota and Texas labs for testing.

Washington Gov. Jay Inslee (D), who has hinted he may implement mandatory measures to require social distancing, on Tuesday issued an emergency proclamation ordering workers and volunteers at assisted living facilities to be screened every time they report to work.

Inslee’s order also allows those who receive unemployment benefits to skip some appointments if they are in isolation or quarantine. It waives financial penalties for employers who file or pay taxes late as a result of the coronavirus, and he expanded leave and telework options to state employees.

“Whether it’s businesses expanding their paid leave and telework options, support for state workers, unemployment insurance or Paid Family and Medical Leave, we can help provide individuals with additional security while they care for themselves and their families,” Inslee said.

Some local governments are experimenting with new ways to build their own capacity to care for potential patients. In King County, Wash., at the heart of the state's outbreak, the county government is in the process of purchasing a motel that could be used to house patients.

Some governors are putting the brakes on public gatherings and festivals, even as professional sports leagues continue hosting fans for games. Ohio Gov. Mike DeWine (R) canceled a sports festival in Columbus, which was expected to draw attendees from 80 countries. New Jersey Gov. Phil Murphy (D) and Connecticut Gov. Ned Lamont (D) have ordered state workers not to travel internationally and limited their domestic travel.

Governors in at least eight states have already asked their legislators for more money to combat the virus. The requests range from Alaska Gov. Mike Dunleavy’s (R) request for $13 million to the $100 million Inslee is seeking.

Maryland Gov. Larry Hogan (R) has asked the legislature to give him new powers to use money from the state’s rainy day fund to make preparations, and Idaho’s legislature has already approved Gov. Brad Little’s (R) request for $2 million in emergency funding.