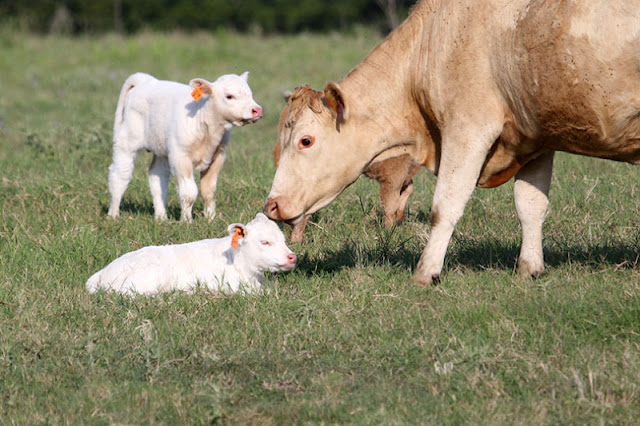 The Texas Animal Health Commission adopted a rule designed to mitigate the risk of uninfected cattle being exposed to bovine viral diarrhea (BVD) virus via a persistently-infected (PI) cow.

Texas State Veterinarian Dr. Andy Schwartz said the new rule requires the seller of a known PI animal to disclose the status in writing prior to or at the time of sale.

“There could be some changes at the livestock market or wherever the sale is taking place,” Schwartz said in an interview with the Texas Farm Bureau Radio Network. “The question comes up, is there any enforcement mechanism or how is this carried out? Like a number of our other rules, it depends heavily on voluntary compliance.”

The rule does not require a BVD test or disclosure of a positive BVD test result.

“What it does require is disclosure if the animal is persistently infected,” Schwartz said.

“That would be an animal that was positive on a BVD test and not re-tested negative or an animal that was positive on an initial BVD test and then was retested again and found to be positive,” Schwartz said. “That would indicate that the animal was persistently infected or infected for its life, rather than transiently infected.”

BVD suppresses the immune system of cattle, creating an opportunity for other diseases to take hold. It can lead to reproductive and respiratory issues.

BVD can show up in different forms.

One form is transient infection.

“That can be an animal of any age that contracts the virus. Depending on the type of animal, you might see respiratory signs, a shipping fever-type syndrome. This virus contributes to shipping fever,” Schwartz said. “It also depresses the immune system so that the animal’s more susceptible to other infections.”

A transiently-infected cow or bull can recover from the infection and will no longer be a carrier of it.

The second form of BVD occurs when the virus is passed from cow to calf in the womb. These calves are called persistently infected.

“When the calf is 40 to 120 days into gestation, if the dam is exposed or she’s already persistently infected, then the calf gets infected with that virus. The virus becomes part of its makeup, it does not recognize it as a foreign body [and] does not build an immunity against it,” Schwartz said.

When the calf is born and for as long as it lives, it sheds BVD at a thousand times a level that a transiently-infected animal would shed.

“Anywhere it goes, if it comes in contact with other cattle, it poses a risk of introducing BVD to that population,” Schwartz said.

The biggest problem in the spread of BVD are PI cattle.

Schwartz said representatives of the cattle industry asked TAHC to develop a rule to protect them against unknowingly buying PI cattle.

“What several representatives said is when they bought cattle, and they voluntarily tested them for their own purposes, they were finding in certain circumstances a fairly high percentage of positive animals,” Schwartz said.

Those representatives noted many of the PI cattle had ear notches taken out of them, which is a common way to test for BVD.

“The thought is that someone had tested these animals and screened them and were selling the positives on the market. They were being bought by unsuspecting buyers,” Schwartz said. “This rule is intended to be a mechanism to discourage that practice.”

The only way a cattle owner will know if the cow, bull or steer is PI is via testing, which is voluntary.

“Whatever their motivation, if they’re trying to clean up their herd or reduce production losses or if they’re trying to sell cattle that are BVD free, they would test the cattle. Then, if they get positive results, by the definition in the rule, that animal’s considered persistently-infected, unless they test it again later and find it negative,” Schwartz said.

The new BVD rule went into effect in early February.

Schwartz said there were a few misconceptions about the rule at first.

“Earlier in 2019, we proposed a rule, or the commissioners considered a proposed rule, that would’ve made BVD test positive results reportable, and then had a series of requirements after that,” Schwartz said. “That PI animal would be required to be branded and identified, and the movement of that animal restricted.”

After the rule was proposed, TAHC received feedback from veterinarians and livestock owners who were unhappy with the proposal.

“The commissioners pulled that rule down. It was not adopted,” Schwartz said. “In its place, we put this much more generic version to just require reporting of PI animals, or disclosing of PI animals, at the time of sale. Some folks are confused, because they saw that proposal earlier, and they think there’s a heavy regulatory program associated with this. It’s just not.”

The new BVD rule does include the creation of a BVD program review working group.

The group will meet annually to give cattle owners and veterinarians a chance to weigh in on the program and any changes that might be needed.

“Our commissioners consider that input and then would consider developing, proposing and potentially adopting, any rules that come as recommendations out of that group,” Schwartz said.

More information about BVDV, preventative measures and how the virus can impact your herd is available at BVDVtracker.com.