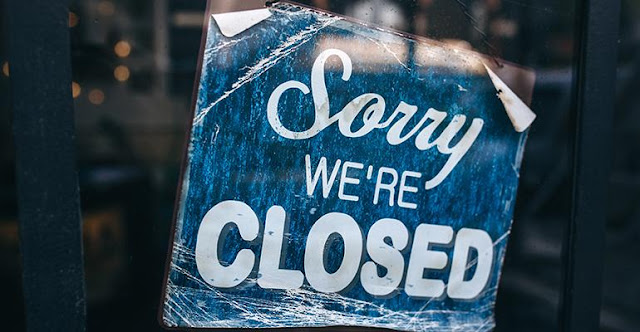 The restaurant industry is struggling under the devastating effects of the coronavirus as cities and states around the country are ordering restaurants and bars to shut down to prevent the outbreak from spreading.

Industry representatives say they understand the public health needs but warn that many small businesses will not recover from the pandemic without government help.

The immediate impact was already apparent as Americans began avoiding public places to stem the spread of the virus.

Restaurant reservations and walk-ins were down 48 percent on Sunday from the same time last year and were down over 20 percent since March 10, according to data from OpenTable. In Washington, D.C., the decline was 55 percent, 57 percent in Los Angeles, 72 percent in San Francisco, and 69 percent in New York City.

But the situation is likely to worsen. At least 20 states now have in place tough restrictions, reducing seating or in many cases ordering restaurants and bars to close entirely and only allowing takeout.

In Washington, D.C., officials over the weekend first put in place restrictions that limited gatherings to under 250 people, banning bar- or standing-room service, and capping table seating to six people.

One restaurant group initially balked at the restrictions but later backed down after D.C. Mayor Muriel Bowser vowed to bring the full weight of the city's agencies to enforce compliance. On Monday, the city took the even more drastic step of closing restaurants and bars and only allowing carryout or delivery.

The varied restrictions across the country are impacting restaurant owners and workers in different ways, but all are facing the threat of lost business and wages.

“In many states their operations have flipped upside down in less than a day, and the new normal is delivery, drive-thru, takeout and third-party delivery; in other states it is full service with appropriate social distancing—and in all states this is determined by the science, recommendations of CDC and public health officials, as well as industry safety protocols,” an industry spokesperson said.

Industry representatives are pushing for food delivery and takeout to remain an option for Americans to mitigate the damage and provide paychecks to as many workers as possible. But getting past the outbreak will be a struggle for many businesses. The industry spokesperson said that 99 percent of restaurants are family-owned with fewer than 50 employees.

The National Restaurants Association declined to comment publicly for this story. A note on their website says the group is working with officials.

“The National Restaurant Association continues to engage with local, state, and federal officials to help our employers and employees address this public health emergency,” the website reads.

The problems of the restaurant industry have the attention of Congress and the White House.

President Trump spoke with representatives from the largest restaurant companies on Tuesday, according to reports. CNBC said the executives included those from Domino's Pizza, McDonald's, Wendy's, Yum Brands and Darden Restaurants, which includes Olive Garden and Capital Grille among its brands, as well as representatives from the International Franchise Association and the National Retail Federation.

According to the report, the executives told the president they would encourage takeout and other options to protect customers. One executive reportedly urged Trump to create a fund to help small businesses like restaurants stay open and keep workers on the job in the coming weeks.

Critics noted that Trump's meeting with executives Tuesday only included those from major companies and fast-food chains, with no representatives from smaller restaurant owners.

Help is likely on the way with the Trump administration and lawmakers already working on a third coronavirus bill, which could include $850 billion in stimulus for a variety of industries, a figure floated by Trump.

“For Congress, we have to think about how we’re going to take care of these workers who are going to feel the impact first and foremost,” said Rep. Jimmy Gomez (D-Calif.), who represents part of Los Angeles, a city where restaurants and bars are closed.

“What I’m concerned about is the folks that work in the mom and pops shop, which are all over my district,” he added.

Gomez worked at Subway and Target after high school and said he immediately thought of the restaurant workers during the crisis.

“In some instances, direct cash assistance to individuals are appropriate, small zero interest loans,” he said. “We have to look at this from multiple directions, if not, we’re going to be in worse shape.”

Treasury Secretary Steven Mnuchin on Tuesday also said the administration is looking at sending checks directly to Americans in the next few weeks as part of a stimulus package.

But even with lawmakers and the administration at work, restaurant industry representatives and those from related industries worry about the damage. Some have warned that takeout and delivery services will also see reduced demand and will not be enough to make up any shortfall.

And the impact on the broader economy will be severe. According to The Atlantic, Americans spend more at restaurants than at grocery stores. The industry says food services are responsible for nearly 16 million jobs.

Restaurant owners and workers have been taking steps on their own to minimize the fallout, with numerous reports of establishments selling gift cards or vouchers to bring in revenue now and ensure customers return after the outbreak.

Other groups have also warned of ripple effects, such as the alcohol industry, which says it will be also be hit by the restaurant and bar closures.

“This is a very significant and traumatic event for the restaurants, bars, taverns and the industry in general. Beer has already been on a steady decline over the past 10 years in these trade channels, this compounds the decline,” Lester Jones, chief economist of the National Beer Wholesalers Association, said.

Industry leaders acknowledged the importance of closing bars and restaurants to keep customers and workers safe.

But the alcohol industry has also been buoyed as Americans are stocking up on groceries and other supplies, bringing them a much-needed spike in sales.

“We had a call this morning and our members, wholesalers throughout the country, their trucks hit the road this morning and warehouses are fully operational,” said Michael Bilello, senior vice president of communications and marketing at the Wine and Spirits Wholesalers of America (WSWA).

For wine and spirits, sales in restaurants and bars accounted for 16.3 percent of the market in 2019 according to data from WSWA, while off-premise sales accounted for 83.7 percent.

The effects on the restaurant industry itself are likely to be far more damaging.

“I know that closing down the restaurant and not getting a paycheck for even a week is going to be devastating for workers,” Gomez said. “We should focus on the people who are going to feel the impact—the people that are really dependent on going to work every single day.”