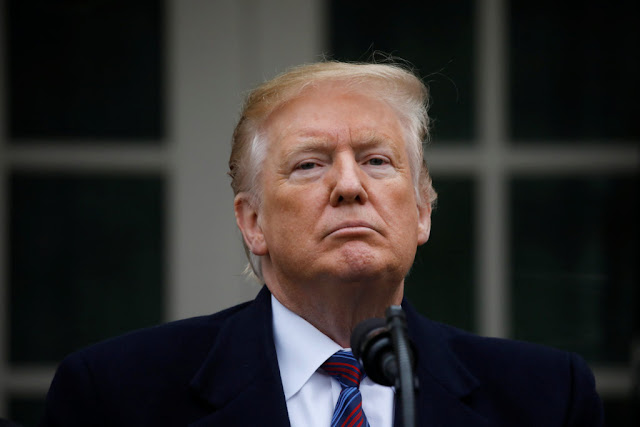 Days into President Trump’s peace deal with the Taliban, there are already signs of trouble.

The Afghan government is rejecting a prisoner swap with the Taliban that the deal says is supposed to precede negotiations between Kabul and the Taliban.

Meanwhile, the Taliban said Monday it was done abiding by a partial truce, something the United States had said it expected the insurgents to continue honoring through talks between the two Afghan sides.

Still, even as the fragile deal wobbled, Defense officials hailed the signing as a significant step toward ending America’s longest war and cautioned against ringing its death knell quite yet.

“I would caution everybody to think that there's going to be an absolute cessation of violence in Afghanistan. That is probably not going to happen,” Joint Chiefs of Staff Chairman Gen. Mark Milley told reporters Monday. “This is a significant step forward, this agreement. And it's going to lead to inter-Afghan dialogue, and it ultimately leads to a peace agreement. But to think that it's going to go to zero immediately, that probably is not going to be the case.”

Defense Secretary Mark Esper added that “this is going to be a long, windy, bumpy road.”

“There will be ups and downs, and we’ll stop and start,” Esper said. “That's going to be the nature of this over the next days, weeks and months.”

Esper said Monday he gave the U.S. commander in Afghanistan approval to start drawing down within 10 days, adding that he didn’t “know if it actually physically [has] begun” yet.

The deal also lays out a 14-month timeline for a full U.S. withdrawal from Afghanistan if the Taliban meets its commitments to refuse safe haven to terrorist groups including al Qaeda.

The signing of the deal marked a major milestone in a key foreign policy goal for Trump to end America’s so-called endless wars. Seeking to fulfill a 2016 campaign promise ahead of the 2020 election, Trump made securing a deal with the Taliban a top priority.

But the path for a full U.S. withdrawal remains tenuous, with some of the potential pitfalls presenting themselves just days into the deal.

U.S. lawmakers are expressing concern about the stipulation for a full withdrawal. Rep. Mac Thornberry (Texas), the top Republican on the House Armed Services Committee, said Monday at the Brookings Institution he’s “worried” because it’s “not clear” what conditions would lead to a full U.S. withdrawal.

Sen. Lindsey Graham (R-S.C.), a close Trump ally and top GOP voice on defense issues, said that while he’s willing to give the deal “a try,” there needs to be a U.S. counterterrorism force in Afghanistan “for years.”

“Let's don't do in Afghanistan what Obama did in Iraq, pull the plug on the place and allow radical Islam to come roaring back,” Graham said Monday on “Fox and Friends.” “We've got a chance to end this war in Afghanistan smartly and well, but we’re going to need a residual U.S. force, a counterterrorism presence, for years to come, because I don’t trust the Taliban to police al Qaeda and ISIS.”

In a floor speech, Senate Majority Leader Mitch McConnell (R-Ky.) also warned against a “precipitous rush for the exit.”

He also said he looks “forward to hearing from administration officials, intelligence analysts and military officers about how they will judge compliance and determine whether the conditions are in fact met,” adding that annexes not being released to the public that relate to implementation of the deal are available for senators to view in a classified setting.

But though the drawdown is drawing scrutiny, what appears to be causing the most hiccups in the early days of the deal is a provision for a prisoner swap by the start of talks meant to reconcile the Taliban and the Afghan government.

Under the deal, the United States “committed to start immediately to work with all relevant sides on a plan to expeditiously release combat and political prisoners.” The agreement says up to 5,000 Taliban prisoners and up to 1,000 Afghan government prisoners “will be released by March 10,” which is when intra-Afghan are expected to begin in Oslo, Norway.

The idea of a prisoner swap drew fire from Republicans and Democrats alike, and was almost immediately rejected by the Afghan government.

Rep. Liz Cheney (R-Wyo.), the No. 3 House Republican and daughter of former Vice President Dick Cheney, said in a statement that “releasing thousands of Taliban fighters” is one of the deal’s “concessions that could threaten the security of the United States.”

Rep. Tom Malinowski (D-N.J.) claimed on Twitter that Secretary of State Mike Pompeo had assured him and other members of Congress in February the deal would not require the Afghan government to release Taliban prisoners.

“So, for just one week of less shooting, the Taliban get 4,400 U.S. troops out, and 5,000 of their fighters back,” Malinowski tweeted. “The rest of the deal is all promises that they can pretty much break without consequence, and therefore likely will. I've heard that President Trump is a great deal maker. I guess that means the Taliban has some pretty good negotiators.”

“The Afghan Gov has not made any commitment to release 5k prisoners before the start of any potential negotiation,” Ghani spokesman Sediq Sediqqi tweeted Monday. “We need to see the significant issues; a permanent ceasefire by the Taliban, their relationship with outside state and non-state actors, and drug curtails be addressed.”

“We will discuss the issue of prisoners as part of the peace deal which is to be a comprehensive discussion during the negotiation,” Sediqqi added in a second tweet. “A prisoner release ‘cannot be a prerequisite for talks,’ but must be part of negotiations. This is the right and the self-will of the Afghan people.”

The Taliban responded to Ghani’s comments by saying it would not take place in talks until the 5,000 prisoners are released.

The potential full U.S. withdrawal in 14 months is tied to the Taliban’s counterterrorism pledges, not to the success of the Afghan reconciliation talks. But lawmakers and experts have warned peace in Afghanistan cannot be achieved without such political reconciliation.

“I believe the intra-Afghan negotiations are especially critical to the future of that country and to our own significant security interests over there,” McConnell said.

In another potentially troubling sign for the deal, Monday saw an uptick in violence in Afghanistan. A motorcycle bomb at a soccer game in eastern Afghanistan killed three people and injured 11, though there was no immediate claim of responsibility and Milley stressed to reporters that “we don't know exactly who did that yet.”

The Taliban agreed to adhere to a seven-day “reduction in violence” in the week leading up to signing the agreement, but on Monday said it would resume attacks against Afghan government forces.

In response, the top U.S. general in Afghanistan stressed the United States expects the Taliban to keep violence low.

“The reduction in violence was a confidence builder. We're very serious about our obligations and we expect the Taliban will be serious about their obligations,” Gen. Scott Miller said in a statement Monday tweeted out by the U.S. Forces Afghanistan spokesman. “The United States has been very clear about our expectations — the violence must remain low."