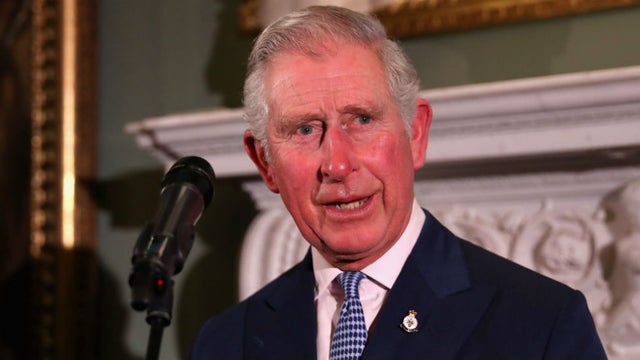 Prince Charles, the heir apparent to the British throne, has tested positive for the coronavirus, his office announced on Wednesday.

"The Prince of Wales has tested positive for coronavirus," a statement released by Clarence House, a British royal residence in London, said. "He has been displaying mild symptoms but otherwise remains in good health and has been working from home throughout the last few days as usual."

The statement added that the prince's wife, Camilla, the duchess of Cornwall, tested negative for the virus. They are self-isolating at their home in Scotland.

The tests were conducted in Scotland's Aberdeenshire by the National Health Service.

Queen Elizabeth II, who is quarantined in Windsor, England, with Prince Philip, is taking a number of precautions amid the outbreak.

The annual Maundy Service, held the day before Good Friday and hosted at St. George’s Chapel, will not be held, for example. In addition to canceling the April 9 service, two garden parties hosted by the queen set to be held at Buckingham Palace in May will also be canceled.

Additionally, large public events that the queen and other members of the royal family had planned to attend in coming months will also be canceled or postponed, according to the announcement.

There are more than 8,077 confirmed coronavirus cases in the U.K., according to the BBC.

British Prime Minister Boris Johnson announced on Monday that the country’s government will enforce new restrictions on any unnecessary movement to curb the virus’s spread.

Johnson said in a recorded statement that people will not be allowed to leave their homes for at least three weeks except in specific circumstances.

Residents will be permitted to leave to buy essentials, for medical needs, to travel to and from work if it’s “absolutely necessary,” to help a vulnerable person, or for one form of exercise a day, either alone or with members of their households.