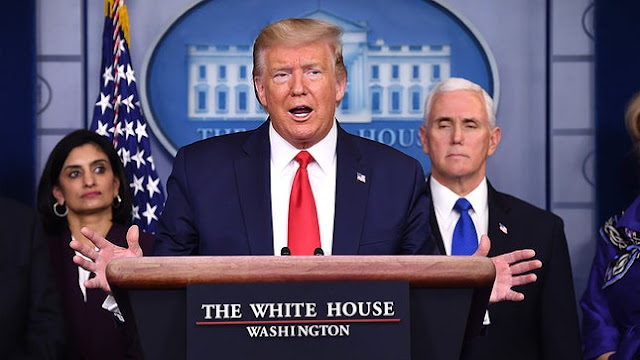 According to a new survey from ABC News/Ipsos, a majority of Americans approve of the way Donald Trump is managing the crisis caused by COVID-19, a stark change from polling out last week.

Nearly three-quarters of Americans, meanwhile, said their life has been disrupted by the virus. Last week, only about one-quarter of respondents said the same. Within the last ten days, based on Centers for Disease Control advice about “social distancing,” a variety of sports leagues have canceled scheduled games, including the NBA and NCAA’s March Madness; colleges, universities, and K-12 schools have moved to online learning; churches across the country have ceased public services; and governors in a number of states have enacted emergency measures closing some non-essential stores or stopping non-essential travel to stem the spread of the virus.

Interestingly, while approval of Trump’s handling of the crisis has risen, his overall approval ratings have remained nearly the same from one week to the next, hovering in the low- to mid-40s.

Since last week, the president has begun to deliver daily briefings to the press, sharing the latest news on how the administration is addressing the crisis. At the end of last week, Trump declared a national state of emergency and expanded the travel ban for those coming to the U.S. from Europe. He also has signed an economic-relief bill to ensure free testing for COVID-19, increased availability of unemployment insurance, and additional food aid for low-income Americans.