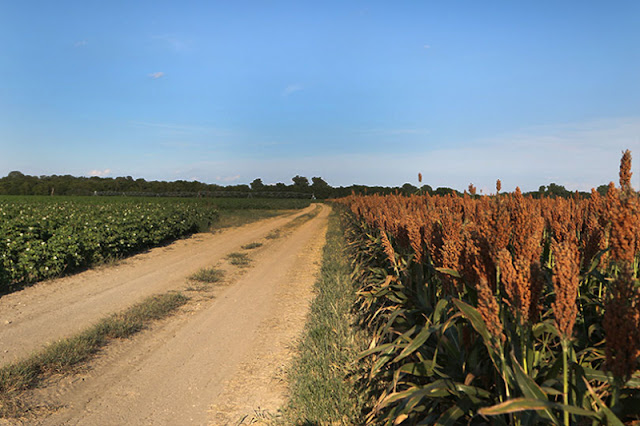 U.S. Secretary of Agriculture Sonny Perdue is telling farmers not to expect another year of Market Facilitation Program (MFP) payments.

The secretary addressed the issue at a House Agriculture Committee hearing Wednesday.

“I’m telling farmers to do what they’ve always done and plant for the market,” Perdue said. “The president did make a tweet, but many people, and farmers particularly, we always read what we want to see in that. It was preceded by a major word there—if.”

Due to concerns COVID-19, or the coronavirus, would keep China from keeping its trade obligations under the phase one trade agreement, President Trump tweeted on Feb. 21 that aid will be available to farmers if needed.

“If our [formerly] targeted farmers need additional aid until such time as the trade deals with China, Mexico, Canada and others kick in, that aid will be provided by the federal government, paid for out of the massive tariff money coming into the USA!” President Donald Trump tweeted on Friday, Feb. 21.

Perdue said the president will support another round of MFP, or trade aid, payments if trade does not increase as expected, but he’s telling farmers not to count on the additional payments.

“We know there will be some weaning pressure here as people have come to be comfortable with that,” Perdue said. “Our goal is not to continue a Market Facilitation Program in the ongoing future.”

MFP was not designed to be a price support program, Perdue explained. It’s a trade disruption program that helped farmers suffering from retaliatory tariffs and lost market share during the trade war with China.

“So, if we see trade increase, and prices don’t go up, that’s a market signal to farmers who are producing too much,” Perdue said. “That’s the way the markets have always worked.”

As of March 5, there were 80,422 confirmed cases of COVID-19 in China. There have been 2,984 deaths in China, according to the World Health Organization.

The COVID-19 outbreaks have kept many Chinese consumers and workers at home, delaying food sales and the unloading of ships at docks.

Shipments of refrigerated poultry from the U.S. were re-routed to ports in Hong Kong, South Korea, Taiwan and Vietnam in mid-February due to a shortage of places to store refrigerated containers at Chinese ports.

Reuters reported items that were not a priority were not being allowed into some ports due to the shortage.

Treasury of the Secretary Steven Mnuchin told the Senate Finance Committee Feb. 14 U.S. officials are monitoring the situation in China.

“There is no question it’s having a significant impact in China,” Mnuchin said.

In the meantime, Mnuchin said he and U.S. Trade Representative (USTR) Robert Lighthizer are moving forward.

“Our biggest focus is implementing phase one. That, to a certain extent, has slowed down given the virus, as expected,” Mnuchin said. “The good news is Ambassador Lighthizer and I have the entire phase two chapters dealt with.”

Instead of releasing U.S. priorities for a phase two trade deal all at once, Mnuchin and Lighthizer may instead release details in segments.

China has started exempting some U.S. exports from its retaliatory tariffs to make meeting phase one trade commitments easier.