Once a front runner, now a former presidential candidate 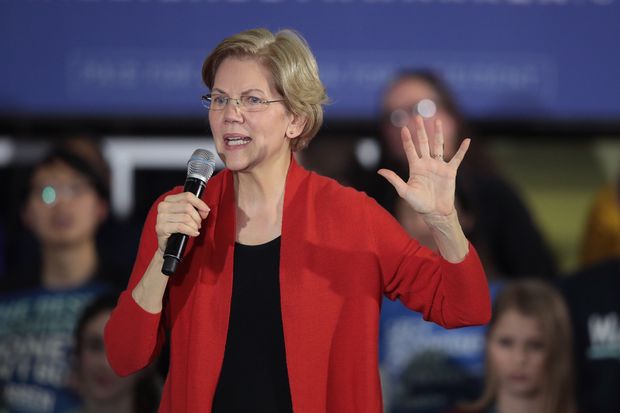 Is possible that maybe, just maybe, the qualities and positions that dazzle the newsrooms and editorial boards of the country’s most powerful media institutions don’t impress anyone but those reporters and media voices? That the ability to wow the New York Times editorial board does not translate to an ability to wow Democrats of all stripes, much less a majority of Americans?

Jessica Valenti fumes, “Don’t tell me this isn’t about sexism. I’ve been around too long for that.” If this is indeed sexism, this is a sexism that is rampant among Democratic primary voters in 19 states now. Two-thirds of women in Massachusetts voted for someone else.

For once, Warren fans can’t blame Republicans or Donald Trump or Fox News or conservatives. This was a contest among their own. If sexism indeed tanked Warren’s campaign, it means the Democratic Party and its voters are a much an obstacle to women’s advancement as that dastardly GOP is.

The sexism is coming from inside the house!

Or, you know, maybe she was just nowhere near as good a candidate as Valenti and Warren fans thought, and they fooled themselves into thinking she was a vote-winning powerhouse.

I see that there are trending hashtags on Twitter promoting her as a vice-presidential pick. It’s an interesting idea. Perhaps picking Warren, the media’s favorite candidate, would add something to the Biden ticket.

But now that the Democrats have decided to bet 2020 on a Weekend at Biden’s strategy for winning, there seems to be something more unseemly than usual about this veepstakes. I wonder if media members could restrain themselves from publicly musing about the actuarial tables and the likelihood of soon getting a President Warren if she’s on the ticket with Biden at the top.