NCAA to slash funding to Division I schools by $375 million 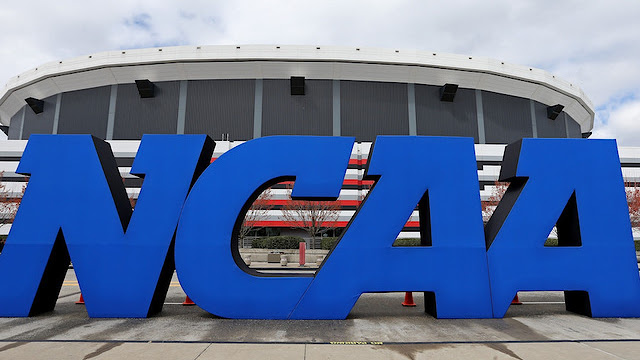 The NCAA is drastically cutting the amount of money it was expected to distribute to its Division I member schools as a result of the coronavirus pandemic that has cancelled big college sporting events such as the annual men's and women's basketball tournaments.

On Thursday, the college athletics governing board announced that it would be distributing $225 million to its 350 Division I member schools, down from the $600 million that was expected.

This isn't surprising. In 2019, the NCAA made over $1 billion in revenue, and roughly $900 million of that came from its annual Division I men's basketball tournament, colloquially referred to as March Madness.

But, on March 12, the NCAA canceled March Madness and well as all of its other winter and spring championships due to the coronavirus outbreak in the U.S.

“We are living in unprecedented times not only for higher education, but for the entire nation and around the globe as we face the COVID-19 public health crisis,” Michael Drake, chair of the NCAA's board of governors and president of Ohio State University, said in a statement.

“As an Association, we must acknowledge the uncertainties of our financial situation and continue to make thoughtful and prudent decisions on how we can assist conferences and campuses in supporting student-athletes now and into the future," he added.

According to the statement, $50 million of the $225 million distribution will come from NCAA reserves. The rest of the money will come from the $270 million cancellation insurance policy that the NCAA will receive.

Drake added that the NCAA would be implementing various cost-cutting procedures in the coming weeks.

“The Association has prepared for a financial catastrophic event like the one we face now. While we certainly have challenges ahead, we would be in a far worse position had it not been for this long-standing, forward-focused planning," he said.