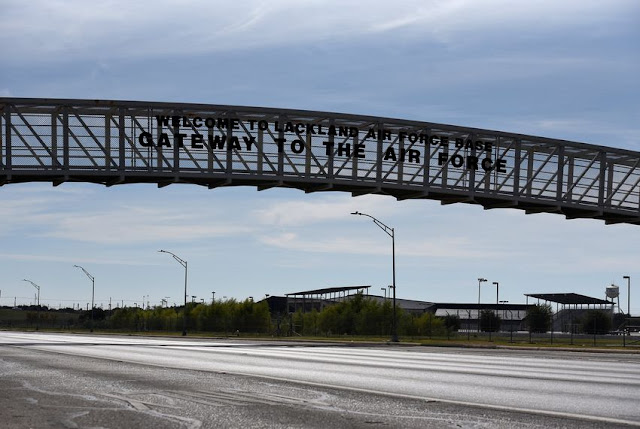 Roughly 100 passengers from a cruise ship that was carrying roughly 20 people infected with the new coronavirus are headed to Lackland Air Force Base for quarantine, the San Antonio Express-News reported Sunday. Approximately 90 of those passengers are Texans, Gov. Greg Abbott's office said in a statement Sunday.

Meanwhile, officials in Fort Bend County have confirmed three more travel-related cases of the virus, bringing the total in Fort Bend and Harris Counties to 11 — all of those cases have been linked to travel in Egypt. A total of 17 people from the two areas were on the same Egypt trip, Houston Mayor Sylvester Turner said Friday, according to the Houston Chronicle.

One of the three Fort Bend cases announced Sunday involved a traveler who was not part of that group, though they were on the same cruise in Egypt at a later date. Fort Bend County officials said in a news release that the three new cases involved people who are all in isolation at home.

The passengers from the Grand Princess cruise ship being sent to Lackland are currently asymptomatic, the Express-News reported, adding that San Antonio officials were informed about the news in a Saturday call with the U.S. Health and Human Services Department. The ship has been docked off the California coast for days, with roughly 3,000 people stuck on board.

The base has already hosted hundreds of people for quarantine — and on Tuesday released more than 120 who had been previously evacuated from another cruise ship where the virus had been spreading. That release prompted backlash from officials, including San Antonio Mayor Ron Nirenberg, who declared a public health emergency, and Abbott, who demanded that the Centers for Disease Control halt the scheduled release and perform additional tests for the virus moving forward.

Abbott's office said Sunday that the governor has spoken with Vice President Mike Pence about the latest evacuees.

"These passengers will not be released into the general public," Abbott spokesperson John Wittman said in a statement. "All of the repatriated citizens will remain at Lackland under quarantine until they clear the revised and heightened testing protocol to ensure they are not affected by the COVID-19 virus. Once cleared, Texans will be released to return home while non-Texans will be safely transported to their home state using the same public safety protocol used for the Diamond Princess passengers who were previously quarantined at Lackland."

There have been 19 confirmed cases of COVID-19 in Texas, though health officials have not reported any cases of "community spread" of the virus.

On Saturday night, U.S. Rep. Joaquin Castro, D-San Antonio, said "many of us have expressed to the Trump Administration serious concerns" over how to quarantine and treat infected patients.

"For example, we still do not have the testing kits we need to truly determine community spread," Castro tweeted.

Meanwhile, the Memorial Hermann Hospital in Houston has asked 11 workers to self-quarantine for the next two weeks, the Houston Chronicle reported Saturday.

The hospital's request came after learning that a patient it treated at one of its medical facilities for stomach pain later tested positive for the new virus. Doctors, citing privacy concerns, declined to name the specific clinic or hospital, though they did say that the patient had not been initially tested for COVID-19 and was released about a week ago.