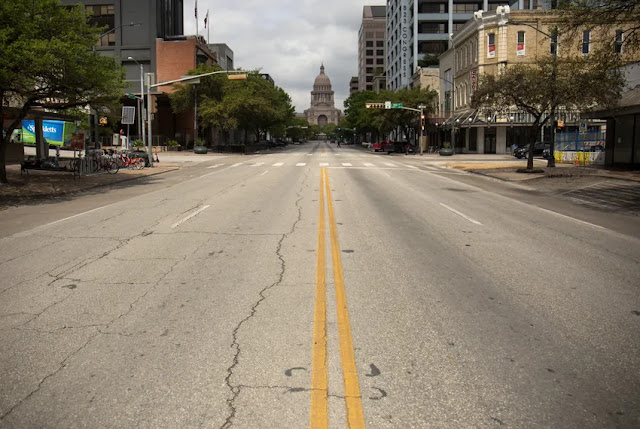 Many of Texas’ biggest cities and counties are ordering residents to shelter in place whenever possible.

San Antonio Mayor Ron Nirenberg and Bexar County Judge Nelson Wolff on Monday evening ordered residents to stay in their homes as the state grapples with the rapid spread of the novel coronavirus. The move came one day after Dallas County issued a similar order. Meanwhile, the Austin City Council and Travis County will team up Tuesday to issue a stay-at-home decree, Austin Mayor Steve Adler told The Texas Tribune on Monday. And Fort Worth city officials said Mayor Betsy Price and Tarrant County Judge Glen Whitley will do the same at a Tuesday morning press conference.

By the end of the day Tuesday, orders will have been announced affecting at least four of the five biggest cities in the state. The only possible holdout is Houston, the state's most populous city, which hasn't publicly announced any plans. But the Houston Chronicle has reported Harris County officials began drafting a shelter-in-place order over the weekend.

“Our message is simple: You must stay at home,” Nirenberg said at a press conference in San Antonio on Monday evening. “The best way to reduce the spread of the coronavirus is through strict social distancing.”

The orders represent the latest dramatic step government officials have taken to address the colossal public health crisis. Each order goes a step further than Gov. Greg Abbott's orders, which closed bars and restaurants across the state for dine-in and instructed Texans to avoid groups larger than 10. The governor did not issue a complete shelter-in-place mandate but said he supported local jurisdictions issuing such orders if the circumstances warrant them.

Officials in San Antonio emphasized that the orders do not completely bar residents from leaving their homes; people are encouraged to go on outdoor walks, so long as they keep a 6-foot distance from others, visit grocery stores and pick up medicine.

San Antonio officials said the ordinance will be enforced through civil penalties or fines. The city will also be using law enforcement to ensure people remain in compliance.

In a phone interview Monday morning, Adler said many of the major cities had been in contact with one another, with each municipality weighing things like the stress on the economy, health care sector and public in determining whether to issue local mandates.

“Our decisions are being motivated by the analysis being done here and the modeling being done here, but each city and county assess for themselves, while also recognizing there’s benefit in having action that’s unified that covers a lot of the state,” he said.

During a press conference Monday afternoon, Fort Worth Mayor Betsy Price told Texans that they’d receive a “coordinated message” Tuesday from the “big-city mayors and county judges in response to COVID-19.”

The orders are not an anomaly globally. Californians are operating under a similar crackdown, as is Italy, which is under lockdown as the death toll Thursday surpassed that of China, where the virus originated.

Still, some local governments are taking a more measured approach. A spokeswoman for the city of El Paso said the city is not at this time going beyond the governor’s order, which limits social gatherings to 10 people, prohibits eating and drinking at restaurants and bars, closes gyms, and bans people from visiting nursing homes except for critical care, among other things, through midnight April 3.

In a letter to Abbott, some local officials and health care executives requested a statewide directive, which they touted as an aggressive way to mitigate the spread of the contagion while relieving some of the load off of the state’s health care system.

On Monday night, Bexar County Judge Nelson Wolff said the city was taking “the necessary steps to prevent a COVID-19 spike that would overwhelm our hospital system.”

Official numbers from the Texas Department of State Health Services and the Centers for Disease Control and Prevention show that at least 373 people have tested positive for the coronavirus in Texas. The actual number is significantly higher given that the state’s numbers lag behind certain counties’ individual numbers and far fewer than 1% of Texans have been tested.