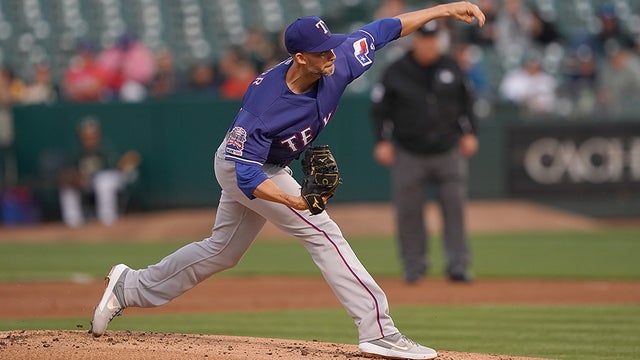 Officials with multiple major U.S. sport leagues announced in a joint statement Monday that they would temporarily halt access to team locker rooms for non-essential personnel amid fears of an outbreak of coronavirus.

In a statement released by the MLB, NHL, NBA and MLS obtained by multiple news outlets, league officials said that "all team locker rooms and clubhouses will be open only to players and essential employees of teams and team facilities until further notice."

Reporters and other media members would be restricted to designated areas outside the locker rooms for the time being, the leagues added.

The move comes as Italy's top sports commission announced a ban on all public sporting events nationwide earlier in the day, and sports officials around the world have implemented similar precautions to avoid spreading the disease, which is thought to have originated in China.

Individual teams have also implemented their own procedures for protecting fans and players at U.S. sporting events, while otherwise continuing regular seasons as usual.

“Until the league says something else, we are business as usual with a tremendous amount of caution and prevention to make sure everybody’s safe,” the president of the Miami Heat, Pat Riley, told The Associated Press. “But also, educating them that they’ve got to do the same thing.” 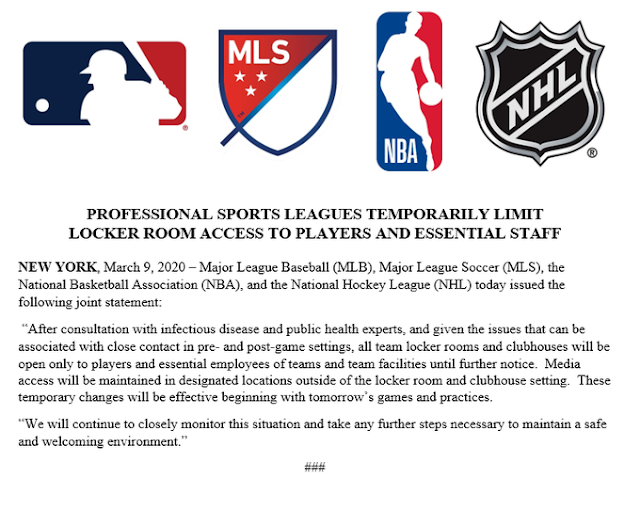