Max von Sydow loses his chess match with the Reaper 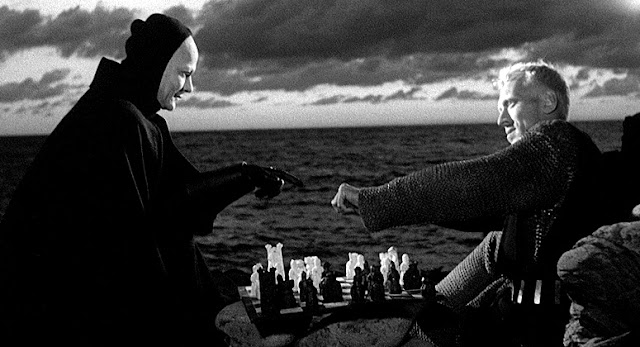 Max von Sydow, the Swedish star of stage and screen, has died at age 90. He had a long and storied career, starting in Sweden and rising to international fame in the films of Swedish director Ingmar Bergman. Most notable of these was The Seventh Seal, which features the famous scene of Sydow in a chess match with a personification of Death. His first major American role was as Jesus in 1965’s The Greatest Story Ever Told.

Perhaps his most famous role was the kind yet strong Fr. Lankester Merrin in 1973’s The Exorcist (he’s the one shrouded in fog in its most famous shot, filmed on his first day on set). Sydow was 44 when portraying the wizened old priest whose stalwart faith combats the film’s antagonistic demonic presence; he reportedly required more makeup to appear old than Linda Blair required to appear possessed in the role of Regan MacNeil.

These are far from the only roles that Sydow brought to life with his characteristic grace, even in small parts. Among my favorite is King Osric in the underappreciated Conan the Barbarian. Sydow, along with James Earl Jones (as the villain Thulsa Doom) was brought onto the production of the 1982 John Millius film in the hope that their stately presence would inspire the mostly novice crew of actors (including Arnold Schwarzenagger, in one of his first major productions) to greater heights. Watch this scene and tell me you wouldn’t have been moved by it, even in a movie as pulpy as Conan the Barbarian.

I could say more about Sydow’s skill as a performer. But a few years ago, around the time of his appearance in Star Wars Episode VII: The Force Awakens, The Atlantic published a wonderful appreciation of the actor, one that is now even more worth reading. It ends with this line, which I do not consider an exaggeration:

It’s just the sort of imagination that some actors, a very few, are blessed with. There’s Laurence Olivier, of course. In the silent era, Lillian Gish. Marlon Brando. And Max von Sydow.

RIP to a legend, one who fully deserves to be discussed in the upper echelon of great actors, even though he often is not. Eventually, we all lose our chess match with the Reaper.