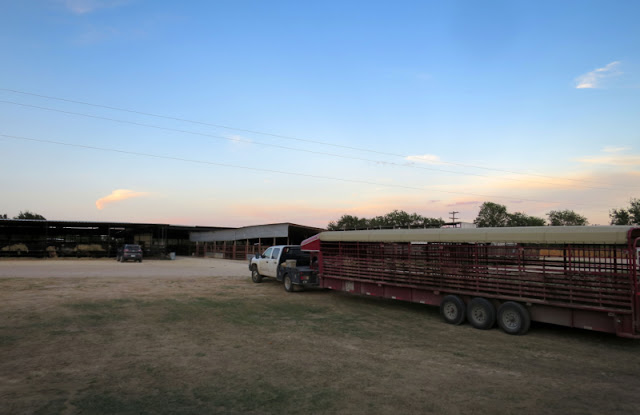 Americans are changing the way we live, work and interact as we attempt to navigate a new world under the threat of COVID-19.

And while it may not be as highly visible as working from home or curbside pickup at retail outlets, agricultural operations, such as livestock sale barns, are doing their part to stop the spread of the pandemic.

“Homeland Security and the governor of Texas designated sale barns as infrastructure critical to the food supply chain, so the Livestock Market Association, of which we’re a member, set out some guidelines we’ve tried to implement into our sale barns,” he said in an interview with the Texas Farm Bureau Radio Network.

Garcia said they’ve asked ranchers bringing livestock to sales to remain in their vehicles while employees unload the animals, tag them and take the receipt and paperwork to the vehicle.

He is also asking sellers to allow the livestock auction to mail payments to their residence instead of coming by the sale barn to pick them up in person. If there is a need for the sales check quicker than the postal service can provide, Garcia said that individual can call ahead, and he’ll arrange for an employee to bring the check to their vehicle.

And in a key provision, Gulf Coast is only allowing “essential buyers” into the sale auditorium, a move that Garcia said he doesn’t really like but is necessary to help stop the spread of the virus.

“On any given sale day, we can have maybe 80 to 120 people in our auditorium,” Garcia said. “What we’ve tried to do is limit the number of spectators—no children, no family groups. While it kind of goes against the grain and it pains me to have to sit outside and tell some people they can’t come in for that day, we’re just trying to do our best to keep to our designated capacity. We’ve been designated at 50, but as of yesterday I had no more than 18 people in the auditorium, and those were pretty much all my essential buyers.”

The café inside the sale barn also is temporarily closed.

But it’s not all bad news. Embracing social media has helped maintain steady sales at a time when people are staying home.

“I do have a very aggressive Facebook campaign. I put a lot of pictures on our Facebook page, and I’ll have someone call me and say ‘Eddie, I really like the animal with tag 475,’” he said. “And they can give me a budget and buy those animals without actually having to enter the facility.”

Live cattle prices are finally seeing an increase after limiting down at the beginning of the COVID-19 pandemic.

Since COVID-19 was first confirmed in China in mid-January, live cattle futures fell 22.85 percent. “There was a couple of weeks there leading up to this turnaround where the buyers really didn’t know where to grab ahold of,” he said. “It just really caused a lot of uncertainty within the markets and especially the buyers. Can you imagine buying something for $700 or $800 and the next day it’s worth $50 to $100 less?”

But domestic demand has increased dramatically in the past month, and ranchers and livestock sellers are finally seeing the benefit.

“The same panic that caused this market to kind of dip maybe two or three weeks ago has now caused the market to flip. I call it that ‘empty shelf’ market where we’re seeing such a big demand at the stores,” Garcia said. “Packer cows have just increased in value probably 20 percent. They need that ground beef to sell.”

“We were actually in a drought down here this winter,” Rudolph said. “It was getting to the point of thinning herds, because hay was in such short supply. I was trying to conserve everything I had, because there wasn’t even any hay to be bought within a 200-mile radius.”

But rain finally came to Karnes County in mid-March. Rudolph said he received 5.7 inches of rain over a two-day period, filling up most of his stock tanks and encouraging new pasture growth.

“I’ll still be feeding another week or so while the grass is recovering,” he said. “But we’re experiencing temperatures in the 90s, and the grass is growing pretty fast. I also will finally get to graze some oats I planted in the fall, so that will help, too.”

In the meantime, the upswing in cattle prices is another boon.

“Sale barn prices are going up every day,” Rudolph said. “I’ve talked to three different sale barn owners this week. I was going to hold off working cattle for a bit, because it’s so muddy, but they all told me to bring what I can this week and the next, because they need inventory, and they’re selling like crazy.”