Let’s exert more accountability than we have in the past 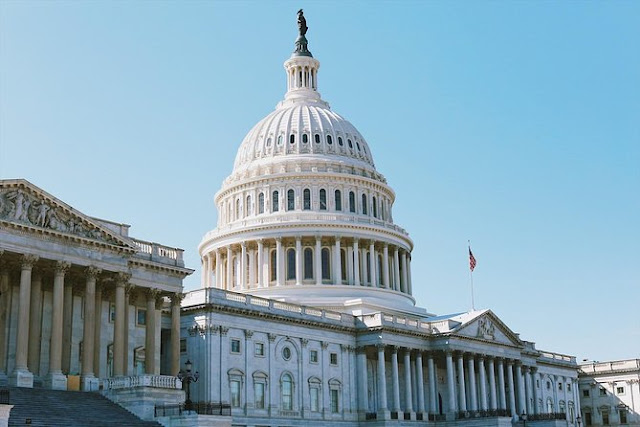 There is a frenzy of rule-making right now. Obviously, some of it is important as it may help calm American workers, business owners, and investors. But we should always remember that even in normal times, the government makes a lot of bad decisions. Emergencies and the resulting panic will not improve the government’s batting average on this front. It will only make it worse.

It is not to say that the government shouldn’t act. But it means legislators, the administration, and those in the orbit of government rule makers must proceed with extreme caution and humility. There is a lot we don’t know still. In addition, politicians are rarely intellectual innovators. It means they tend to resort to the same old tricks, even if they haven’t worked in the past. This is a problem.

This is first and foremost a public-health issue with serious and potentially catastrophic economic consequences. As long as we don’t fix the public-health challenge, many of the economic issues won’t go away. For instance, President Trump wants to bail out the airline industry, but that won’t make passengers more willing to fly and go on their spring break vacations as long as we are in the middle of a pandemic. That means that workers will be laid off eventually, with or without a bailout.

As for the economic issues we face, there are, for now, many things about this recession that distinguish it fundamentally from past economic crises. This fact means that attempts to buoy the economy by using traditional fiscal and monetary tools will not work, at least not during the first stage of today’s crisis.

So what should be done? Do we help people in financial distress by sending checks to everyone, or by expanding the safety net? Should government try to help companies stay in business for when the economy recovers — by, say, extending small-business loans and other lending options?

Lending is better than transfers. Since loans must be paid back, larger amounts can go where needed. Small Business Administration loans are a good start. But most business and most employment is large business. Large firms are often even more cash-poor and in hock to nervous creditors, and they are harder to replace or revive if they fail. Lend with the head, not the heart. “People” might seem more worthy than “corporations,” but we need corporations to hire people when it’s over…

People need help too, and our politicians have figured that out. Once again, loans are better than gifts. Rather than give each of us $1,000, allow us to borrow a fraction of last year’s income from the Internal Revenue Service and repay when we file our taxes. That provides more money to those who need it, and helps those even with large debts not to default. Allow penalty-free withdrawals from retirement accounts. Social-program rules must be stretched. If people have to lose a job to get help, we tempt the employer to needlessly fire them, and they and the employer are not ready to start up again fast.

George Mason University’s Tyler Cowen, in an interview with Reason, makes the case for sending checks. Cowen recommends such check-sending not as a means of stimulating the economy but rather, “to do those things that infringe upon liberties the least” and to avoid even worse policies down the road. Spending that results in tax hikes, or that somewhat increases the existing risk of a debt crisis, he argues, presents “a relatively low degree of harm.”

There is some logic to this. I also get the idea that if the Treasury sends every American a check for $1,000, in many cases it will help with lost jobs. But I have to ask: Aren’t unemployment insurance expansion, paid-leave provisions, food-stamp expansion, and other income transfers already doing this? Also, I hope we are not counting on this money to stimulate the economy, because it won’t, as we learned in 2002, 2008, and 2009. This is even more likely now as consumers don’t want to go out and engage in commerce, not for lack of cash but because of the fear of getting sick.

This important debate is one that I don’t see Congress having right now. Instead, politicians’ answer has been and continues to be: Dump as much cash as we can as soon as we can into the economy, and think later.

It is true that the federal government is in a better place to do this than is any other institution. It has a unique ability to borrow at low interest rates and to extract a gusher of tax revenues (thanks to its reliance on one of the most productive economies on earth). But even this government will eventually hit a limit. And that limit may come sooner than later. After all, all wealth is created in the private sector. How do you spend more real resources over the long run while shutting the economy down?

I would like also to remind legislators that this is not the time to push your previous ideological agendas. For instance, a look the House Democrats’ third coronavirus bill reveals that this bill is an attempt to push everything they have always wanted to do, from more infrastructure money (seriously) to expanding many safety-net programs (Medicaid, unemployment benefits, etc.), as well as “Mandatory paid sick leave and $15 minimum wage for all direct employees, employees of contractors, and independent contractors providing direct labor, Protect collective bargaining contracts and workers in any bankruptcy proceedings, Restrict executive compensation, prohibit stock buybacks, and require profit-sharing Agreements, Prohibit anti-worker policies and require annual certification of compliance with labor laws,” and giving consumers access to free credit reports and credit scores for up to a year after the outbreak.

In that vein, while we should be having a debate about whether to bail out the airline or other industries, it is inappropriate for Senator Elizabeth Warren to demand that companies, as a condition for receiving government assistance, must implement a $15 minimum wage within a year, and turn one board seat over to workers. Such demands are economically ignorant and politically opportunistic that in this of all times ought to be especially denounced. Besides, this will make it harder to get out of the economic mess when the public-health scare has passed.

My final point is that we all need to be more willing to ask questions and demand accountability from those in power. After all, these are the same people who have jacked up the deficit in time of economic expansion, were supposed to oversee the agencies that we now know are responsible for the massive coronavirus testing failure, and have spent decades imposing idiotic restrictions on our freedom to innovate and produce as evidence by the sudden rush to deregulate that we are seeing right now at the federal, state, and local levels. We couldn’t trust them before, and we can’t trust them now, so let’s exert more accountability than we have in the past. The stakes are too high.