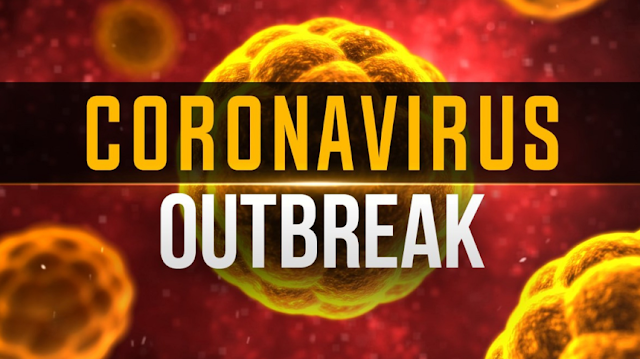 Congressional negotiators clinched a deal on Wednesday to provide more than $7 billion in funding to combat the coronavirus outbreak.

The agreement is expected to quickly clear Congress, potentially as soon as this week, amid growing concerns about a widespread outbreak within the United States. The House is expected to vote on the bill Wednesday.

“This should not be about politics; this is about doing our job to protect the American people from a potential pandemic. We worked together to craft an aggressive and comprehensive response that provides the resources the experts say they need to combat this crisis," Shelby said.

He added that President Trump is expected to sign the legislation once it passes Congress and "get the funding out the door without delay.”

Appropriators and their staff have been locked in days of behind-the-scenes negotiations as they've tried to quickly come together on a funding package.

The House had noted in a scheduling update on Wednesday morning that they expected to consider the coronavirus bill by the end of the day. But there were still signs of roadblocks, particularly over vaccine affordability, as both sides spent the morning accusing the other of playing politics.

"I’ve heard that Democratic leadership may be contemplating a last-minute demand that this funding legislation also test-drive some untried, untested, and controversial parts of their 'Medicare for All' proposal that relate to the pricing of new drugs and innovations," Senate Majority Leader Mitch McConnell (R-Ky.) said from the Senate floor just hours before the deal was announced.

In the end the bill includes more than $3 billion for the Department of Health and Human Services' Public Health and Social Services Emergency Fund that could go broadly toward vaccines, the Strategic National Stockpile, diagnostics and hospital preparedness, according to the Senate Appropriations Committee.

Included within that is $300 million specifically for purchasing vaccines, therapeutics and diagnostics. A House Democratic aide said the carve out would help ensure that "when a vaccine is developed, Americans can receive it regardless of their ability to pay."

"The legislation ensures that the federal government will only pay a fair and reasonable price for coronavirus vaccines and drugs and provides HHS the authority to ensure that they are affordable in the commercial market," the aide added.

Under HHS, the deal also provides $2.2 billion for the Centers for Disease Control and Prevention (CDC)—including providing each state a grant of at least $4 million to respond and prepare for the coronavirus—and  according to the Senate Appropriations Committee. And $836 million for the National Institutes of Health.

It would also provide $1.25 billion to the State Department and USAID including providing money for evacuations and humanitarian assistance.

Lawmakers were under growing pressure to act to provide billions in new funding to combat the coronavirus. Washington state announced on Tuesday that three more individuals had died, and 10 states have reported cases of the virus.

The sizable funding figure is notable because it is more than three times the initial $2.5 billion request from the White House, only half of which would have been new funding.

"The administration requested $2.5 billion, which only half of that was new funding. The rest came from pulling it out of other things, like Ebola, that were very much needed as well. The bill we put together here in Congress is far more appropriate, and will actually address our country’s short-and-medium-term needs," Senate Minority Leader Charles Schumer (D-N.Y.) said on Wednesday.

A House Democratic aide put the total spending of the coronavirus package at a slightly higher figure of $8.3 billion, because it authorizes $500 million in telehealth spending. Congress would still need to pass legislation to specifically appropriate the funding.

Schumer noted on the Senate floor that if the House is able to vote on Wednesday he will work with Senate Majority Leader Mitch McConnell (R-Ky.) to try to pass the coronavirus bill in the Senate this week.

"Democrats would like to see this emergency funding package passed through the Senate by the end of the week, and we will work with the majority to make sure that that happens. I urge all of my colleagues — in the interest of time, understanding the urgency of the matter — to help us achieve this goal," he said.