Fed to pump $1.5 trillion into financial markets amid coronavirus panic 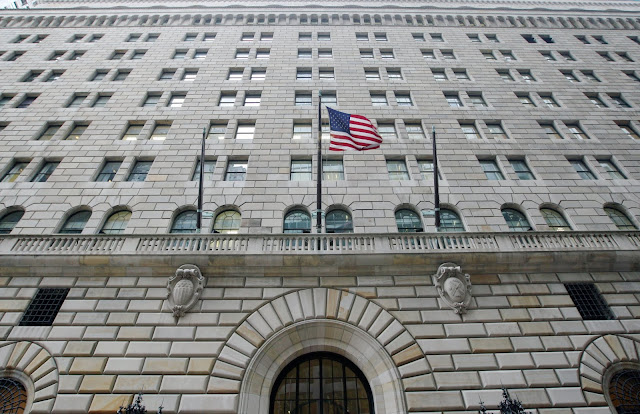 The Federal Reserve Bank of New York announced Thursday that it will spend $1.5 trillion to purchase financial assets in a titanic bid to pump cash into the bond market amid panic on Wall Street.

The New York Fed said in a Thursday statement it will drastically increase the scale of its repurchase (repo) agreements, during which it buys Treasury bonds and other securities from banks and traders with an agreement to sell the product back with interest the following day or soon after.

It will offer $500 billion in repo operations on Thursday followed by $1 trillion in repo agreements Friday “to address highly unusual disruptions in Treasury financing markets associated with the coronavirus outbreak.”

The decision to dramatically increase the scale of Fed repo operations came “pursuant to instruction” from Federal Reserve Chairman Jerome Powell, the New York Fed said in a statement.

The Fed’s bid to refuel financial markets comes amid spiking anxiety among economists and investors about the potential economic toll of the coronavirus outbreak, which the World Health Organization formally designated a pandemic on Thursday.

Widespread school and university closures, event cancellations and pleas from public officials for social distancing have also revealed the scale of disruption and upheaval the coronavirus will cause in the U.S., raising the odds of a recession.

All three major U.S. stock indexes plunged nearly 8 percent Thursday after President Trump banned all travel from the European Union to the U.S. and lawmakers squabbled over an economic rescue plan before an impending congressional recess.

The Fed’s intervention into financial markets also represents a sudden shift in course from the central bank’s plan to reduce its debt and securities holdings from the 2008 crisis and recession.

Throughout 2018 and 2019, the Fed had begun selling off the nearly $4 trillion in assets purchased to stimulate the economy and restore credit to financial markets during the 2008 recession. The Fed ramped up purchases toward the end of 2019 after a September crunch in repo markets and steadily increased those purchases in February to keep the bond market flowing.

Banks and industry advocates have insisted throughout the coronavirus panic that they have enough capital and liquidity to keep the financial system stable. Trump met with the CEOs of most of the largest U.S. banks Wednesday and touted their strength in his Wednesday night address from the Oval Office.

"This is not a financial crisis. This is just a temporary moment of time that we will overcome together as a nation," Trump said.

"Our banks and financial institutions are fully capitalized and incredibly strong, our unemployment is at a historic low," Trump continued.

"This vast economic prosperity gives us flexibility, reserves and resources to handle any threat that comes our way."