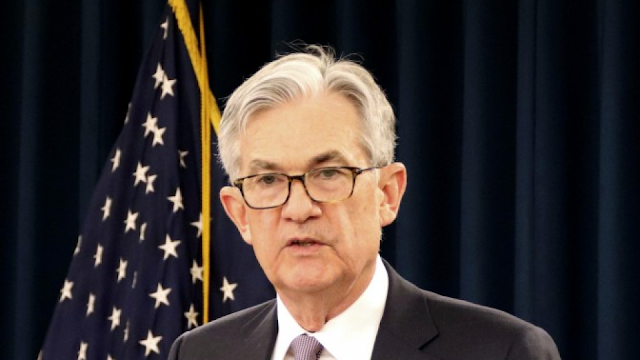 The Federal Reserve on Sunday slashed interest rates to zero percent and announced it would purchase $700 billion in bonds and securities to stabilize financial markets and support the economy.

The Federal Open Market Committee (FOMC), the Fed’s monetary policymaking panel, announced Sunday it would cut its baseline interest rate range to 0 to 0.25 percent, drastically increase purchases of Treasury bonds and mortgage-backed securities, and take several other steps to allow banks, businesses and households to weather a sharp economic downturn.

"The actions we have announced today will help American families and businesses in our entire economy weather this difficult period and will foster a more vigorous return to normal once the disruptions from the current coronavirus abate," said Federal Reserve Chairman Jerome Powell during a Sunday conference call with reporters.

The sudden rate cut and push to flood the Treasury bond market with liquidity comes as the coronavirus pandemic forces businesses across the U.S. and world to shutter, likely plunging the global economy into a recession.

The Fed issued an emergency rate cut on March 3 and was expected to zero out interest rates following the FOMC's upcoming Tuesday meeting. The central bank had also steadily ramped up bond and securities purchases last week as financial markets plunged throughout the past month.

President Trump, who urged to Fed to zero out interest rates long before the U.S. economy faced the coronavirus crisis, praised Powell and the central bank for acting swiftly.

"They did it in one step. And I think that people and the markets should be very thrilled. And that brings us ... in line with what other countries are. They actually have negative rates, but we got it down to potentially zero. So that’s a big step, and I’m very happy I did it."

"You will not hear anything bad [from] me unless it’s a month or two from now," he said with a smile.

Restaurants, bars and retail stores have shuttered across the U.S. as state and local governments impose strict limits on public gatherings to mitigate the spread of the coronavirus.

Public health officials insist that drastic steps to enforce social distancing are crucial to buy time for the medical system to treat a rush of coronavirus patients. Confirmed cases of the sometimes lethal COVID-19 respiratory illness in the U.S. climbed to at least 2,815 on Sunday, according to The New York Times, with the number almost certain to climb drastically higher.

The vast shutdown of restaurants, bars, sports leagues, theaters, air travel and retailers across the U.S. is expected to take a serious toll on the global economy, rivaling the damage of the 2007-2008 financial crisis and recession.

"Families, businesses, schools, organizations and governments at all levels are taking steps to protect people's health. These measures, which are essential for containing the outbreak, will nonetheless understandably take a toll on economic activity in the near term," Powell said.

Powell added that while several Fed officials believed economic output would fall in the second quarter, it was uncertain how long and how deep the upcoming downturn would be. He also called for the government to boost fiscal support through stimulus legislation, breaking from the Fed's historic reluctance to direct lawmakers.

"Fiscal policy is a way to direct relief to  particular populations and groups," Powell said, adding that monetary policy is to provide "liquidity to financial systems when they're under stress" and "support demand through lower interest rates."

"We do think fiscal response is critical, and we're happy to see that those measures are being considered, and we hope that they are effective," Powell continued.

The Fed’s emergency Sunday action is the central bank’s latest attempt to shield the economy and steady financial markets roiled by the greatest threat to U.S. prosperity in more than a decade.

The Fed will purchase $500 billion in Treasury notes and $200 billion in mortgage-backed securities to ensure the smooth functioning of the Treasury bond market and protect credit lines to households and businesses.

The Fed also announced it would reduce the interest rate charged to banks that borrow from its discount window by 1.50 percentage points to help meet demands for credit from households and businesses at this time.

The Fed also advised banks to dip into capital and liquidity buffers mandated by the Dodd-Frank Wall Street reform law "to support the economy in adverse situations."

Powell said that despite the "significant economic challenges" presented by the coronavirus, "banks have strong levels of capital and liquidity and are well positioned to provide credit to households and businesses."

Powell added that the Fed saw "the U.S. economy as in a strong position" ahead of the virus.