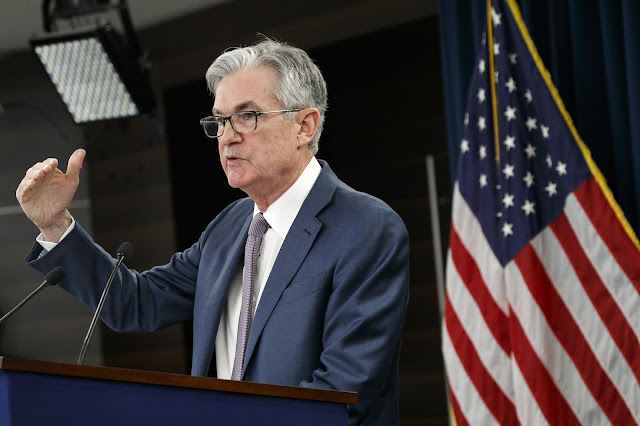 The Federal Reserve on Monday announced a drastic expansion of its efforts to bolster the U.S. economy and stabilize financial markets plunging due to the coronavirus pandemic.

The moves are the Fed’s latest steps down a path of unprecedented intervention in the U.S. economy, intended to keep credit flowing to households and businesses amid an economic calamity caused by the coronavirus pandemic.

The widespread closures of restaurants, bars, entertainment venues, social events, gatherings and retailers meant to slow the spread of COVID-19 have already landed a devastating blow to the U.S. economy. Tens of thousands of Americans already have applied for unemployment insurance.

The dire economic toll has pushed President Trump and lawmakers to negotiate a stimulus package of more than $1 trillion and prompted the Fed to undertake titanic efforts to protect the economy.

The Fed on March 15 announced it would zero-out its baseline interest rate range and purchase at least $700 billion in Treasury bonds and mortgage-backed securities. The emergency action was intended to help bolster demand within the U.S. economy and loosen up a bond market seized by panic.

The Fed on Monday announced it would be willing to exceed its initial $700 billion purchase, committing to but “amounts needed to support smooth market functioning” and calm the broader financial system.

The Fed also announced Monday it would establish three facilities to ensure companies facing peril have access to credit and financing: one to purchase newly-issued corporate bonds and debt; another to purchase outstanding corporate bonds; and another that would sell bonds backed by student loans, auto loans, credit card loans and loans guaranteed by the Small Business Administration (SBA) to be purchased by the Fed.

The Fed said it will also rollout a program to support lending to eligible small-and-medium sized businesses.