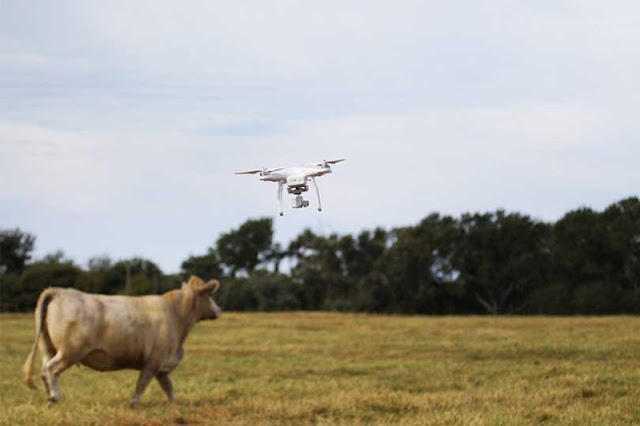 A December proposal by the Federal Aviation Administration (FAA) would require remote identification of drones in flight.

FAA’s proposal would require drones to connect to the internet and transmit their remote IDs, but on the 29% percent of farms and ranches without access to the internet, that would not be possible. And while Congress, the Federal Communications Commission and U.S. Department of Agriculture have acknowledged this problem and are working to increase connectivity for precision agriculture equipment, the proposal fails to take this challenge into account.

The American Farm Bureau Federation (AFBF) recently submitted comments to the FAA regarding the rule, saying the agency should revamp its drone proposal to provide flexibility for farmers and ranchers who cannot access the internet to continue using drones.

“Requiring drones to connect to the internet and broadcast a signal would remove one of the newest tools in the toolbox for farmers and ranchers during a time when they have already seen a drastic 50% decline in net farm income in the last four years,” Farm Bureau said.

Farm Bureau recommends an either/or approach that would allow the drone to send a remote ID signal through an internet connection if available or broadcast a signal if the internet is unavailable.

As for the limited remote ID requirement, Farm Bureau reiterated its call for FAA to provide an alternative method for operators to signal their location when the internet is not available. Another option is removing the requirement that the drone must connect to the internet since the drone must operate within 400 feet of the ground station and cannot operate beyond visual-line-of-sight under the limited remote ID requirement.

The proposal’s lack of definitions for “internet” and “sufficient signal strength and coverage” is also problematic.

The group’s final recommendation was that the FAA establish a position on its Drone Advisory Committee for an agriculture, forestry and rangeland representative.

“Farmers offer a unique perspective on their use of drones because they often operate a drone in more remote areas. Many of the concerns included in these comments could have been discussed during DAC meetings if there was representation,” Farm Bureau said.