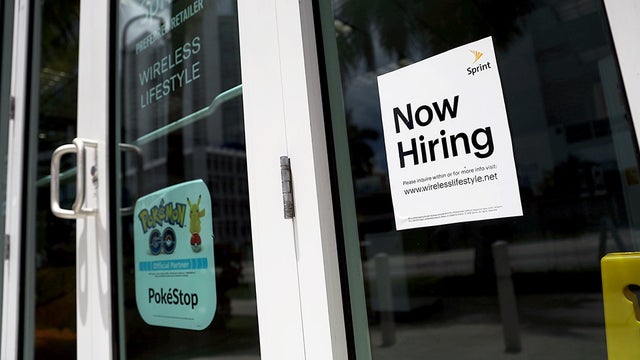 The U.S. added 273,000 jobs in February, according to data released Friday by the Labor Department, blowing past expectations ahead of a feared coronavirus economic slump.

The unemployment rate ticked down 0.1 percentage points to 3.5 percent while the labor force participation rate held steady at 63.4 percent. February’s job gain comes after an upwardly revised increase of 273,000 jobs in January and 184,000 in December, according to updated figures released Friday.

Economists had projected the U.S. to add roughly 170,000 jobs in February as unseasonably warm weather and resilient consumer confidence supported a sturdy job market. The strong February jobs report indicates a greater level of strength in a labor market that has steadily added jobs for more than a decade.

The U.S. also added 42,000 construction jobs in February as warm weather helped push forward projects that would have otherwise waited until spring to begin. Manufacturing also gained 15,000 jobs in February after months of contraction.

Even so, the February jobs report may do little to temper fears that the spreading COVID-19 coronavirus and the scramble to contain it will take a serious toll on the economy. The U.S. economy's heavy reliance on service sector employment poses unique risks to a country bracing for intense social distancing fading consumer spending.

"Face-to-face service industries — the kind of businesses that go into a tailspin when fearful people withdraw from one another — tend to dominate economies in high-income countries more than they do in China," wrote Austan Goolsbee, the former chief White House economic adviser to former President Obama, in a New York Times op-ed.

"If people stay home from school, stop traveling and don’t go to sporting events, the gym or the dentist, the economic consequence would be worse."