Do the Democrats need massive or record-breaking turnout to beat Trump? 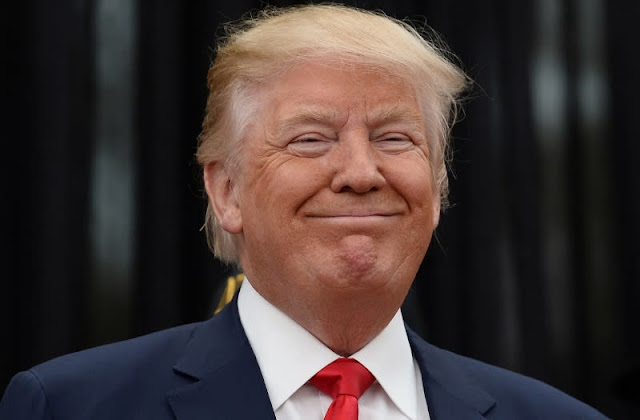 None of the 2020 Democratic candidates was ever likely to generate the excitement on par with Barack Obama in 2008, the first African-American presidential candidate with a real chance of winning. (Sorry, Jesse Jackson.) But do the Democrats need massive or record-breaking turnout to beat Trump in November?

The answer hinges on whether they believe the former Obama voters who flipped to Trump in 2016 can be motivated to flip back to the Democrats, or whether those voters have become Trump loyalists now.

The Trump administration will make a clear argument to these voters: Whatever you think of Trump’s attitude, style, or Twitter comments, he’s delivered 6.6 million new jobs, faster wage growth, rising 401(k)s, a bunch of dead terrorists, and so on.

(It’s worth keeping in mind that the Obama voters who stayed home in 2016 are almost as large a demographic: “While 9 percent of Obama 2012 voters went for Mr. Trump in 2016, 7 percent — that’s more than four million missing voters — stayed home. Three percent voted for a third-party candidate.”)

If you believe that Bernie Sanders and his style of populist anger is the right way to win back Obama voters who drifted to Trump, there’s logic to nominating the Vermont senator. Most polls put Sanders ahead of Trump in Michigan. (Most polling put Clinton ahead of Trump in Michigan as well, but by a smaller margin; Trump won by three-tenths of one percent.) By contrast, Wisconsin looks like a jump ball.

Sanders narrowly leads in Pennsylvania, too, but Democrats there think that a Sanders fracking ban proposal will just kill them there. Similarly, his comments defending Castro probably make Florida unwinnable.

The problem is that Sanders costs Democrats votes in other demographics. He frightens suburbanites and destroys down-ticket Democrats in red states. One poll suggested Sanders could have a tough time carrying Delaware. (Lot of bankers, financial industry, and health-insurance employees in that state.) The most recent poll suggests New Hampshire would be a toss-up in a Sanders-Trump race, and an earlier one put Trump narrowly ahead.

By the end of tonight or tomorrow morning, we will have turnout numbers for another 15 states and be able to compare them to Democratic turnout numbers from 2008 and 2016. So far, the Democratic turnout in the first four primaries is pretty “meh”, particularly if you believe the outrages of the Trump era should have the party’s grassroots ready to march barefoot across broken glass to vote. Turnout was okay but somewhat disappointing in Iowa and Nevada, New Hampshire was a record (but probably ought to be, considering the growth in eligible voters since the 2008 record), and pretty good in South Carolina.

But none of those numbers suggests that Bernie Sanders is ready to lead a tidal wave of new voters to the polls in November.