Dem establishment has consolidated around Joe Biden, but.......... 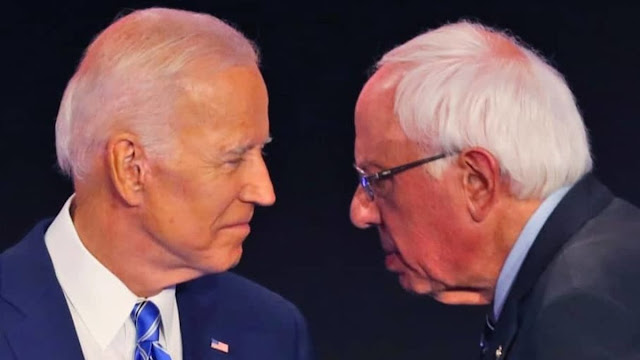 The establishment has consolidated incredibly rapidly around Joe Biden after his South Carolina triumph.

Most importantly, Amy Klobuchar and Peter Buttigieg have both dropped out and are endorsing him. Part of the reason it was difficult to see anyone stopping Bernie was that it was hard to figure how the field could consolidate before Super Tuesday, which on the prior trajectory would have given Bernie an insurmountable delegate lead. Now, the field is at least partly consolidated with the exception of the increasingly pointless Mike Bloomberg campaign and of Elizabeth Warren (who is doing the establishment a favor by staying in and crimping Bernie).

Of course, Klobuchar and Buttigieg don’t have massive support in Super Tuesday states, but any increment of support that goes to Biden is very important, because he needs to get over the threshold in as many places as possible, including Minnesota.

The supporters of those candidates will probably gravitate to Biden, but voters can surprise us. Separately, the Midwestern duo amounted to a pair of also-rans in most super Tuesday states, but if the majority of their supporters switch to Biden, they could give the former vice president a giant shot of adrenalin. Bad losses start to look not so bad, and some unwinnable states start to look winnable.

Start in Klobuchar’s home state. The most recent poll put Klobuchar at 29 percent in Minnesota, roughly in line with one a few days earlier that put her at 27 percent. Sanders is in the low 20s; Biden scored 8 percent in one survey and 9 percent in another. If two-thirds of Klobuchar supporters switch over to Biden, the former vice president could win the state.

In most of the Super Tuesday states, Klobuchar comes in around four or five percent in the most recent polls — nothing to get that excited about. But surveys indicate Buttigieg has roughly double her support in most of these states. If the Klobuchar and Buttigieg voters en masse decide to vote for Biden, suddenly Biden’s numbers are going to jump all over the place.

For example, Klobuchar looks like she has less than 5 percentage points worth of support in California. But Buttigieg is around 8 to 10 percent — and that 13 percent or so would not only ensure that Biden gets over the 15 percent threshold, it would put him in the mid-to-high 20s — a very respectable finish, and one much closer than anyone would have expected a few days ago.

Klobuchar is only at 4 percent in Texas. If you put her support and Buttigieg’s support together, you get 9 percent, and Biden sure as heck would prefer to have that in his column than in Sanders’s.

Neither Klobuchar nor Buttigieg can guarantee that a majority of their supporters will jump onto the Biden bandwagon. But by making these endorsements on the eve of Super Tuesday, they’re probably going to have a much bigger impact on tomorrow’s winners than if they had stayed in the race.

Bernie may very well still win the nomination, but the last three days show the party is not going to go down without a fight.

The reason the current Biden comeback seemed so improbable is that the voters in the first two states voting in the Democratic primary turned against him so strongly: fourth in the Iowa caucus and fifth in the New Hampshire primary are terrible finishes for a candidate who led the national polls for most of the previous year. Iowa and New Hampshire Democrats took a long look at Biden and were not reassured. He seemed older, unfocused, and just not a solid bet in a general election against Donald Trump.

At this moment, everything’s coming up roses for Biden. He just got the big win he needed in South Carolina, the endorsements from hesitant Democratic officeholders are coming in by the bushel, and tomorrow could put him close to Sanders in the delegate race. By Wednesday, Democrats may come to something of a consensus that Bloomberg is wasting his money and time.

But it’s probably more accurate to say that some of the Biden comeback is driven by the failures of the other alternatives to Sanders. Under the harsh lights of the debate stage, Bloomberg revealed himself to be a cold fish with NDA issues. Buttigieg and Klobuchar demonstrated no ability to win votes among Latinos or African-Americans and just had no place to go on Super Tuesday.

Biden was better than usual in the Nevada and South Carolina debates, but it’s not like he blew the doors off the place. No, the biggest difference between three weeks ago and now is that fewer Democrats think that either Bloomberg, Buttigieg, or Klobuchar is going to save them from the prospect of a Sanders nomination.

Maybe that’s all Biden needs. The next Democratic presidential debate isn’t until March 15. (Beware the Ides of March!) 15 states vote tomorrow. Idaho, Michigan, Mississippi, Missouri, North Dakota and Washington vote March 10, determining another 352 delegates. This year’s cycle is so front-loaded, almost half the states will vote before the next debate. For the next few weeks, Biden just has to avoid any terrible gaffes — not his run-of-the-mill gaffes, not even, “Guess what, if you elect me you’re not gonna — your taxes are gonna be raised, not cut.”

But hey, what are the odds Joe Biden says something really awkward and regrettable and self-destructive in the next few weeks?