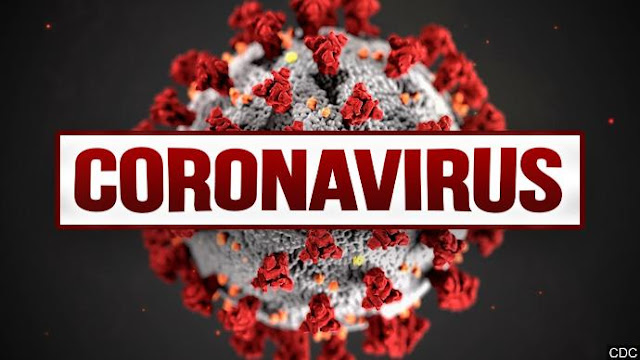 The improved pace of coronavirus testing faces a potential setback from shortages of the chemicals and supplies that labs need to run those tests.

President Trump has boasted that millions of test kits are being delivered to labs across the country, but the kits are rendered useless without the reagents that are needed to prepare samples for testing.

States and labs say they are now running dangerously low on those crucial chemicals.

“This will be a challenge for us not just in Maine but nationwide, the availability of these reagents,” Dr. Nirav Shah, director of the Maine Center for Disease Control and Prevention, told reporters Friday.

The shortage of those products marks the next challenge in the ongoing effort to provide widespread coronavirus testing in the U.S. That effort that has been plagued by delays from the beginning, even as other countries hit by the pandemic were able to test thousands of people a day.

The involvement of commercial labs has vastly increased testing capacity in the U.S., but now they are running into the same problems facing public health labs: There aren't enough reagents, swabs, pipettes and other supplies that are crucial to the testing process.

As the coronavirus spreads worldwide, those products are in increasingly high demand.

“The fact is the demand for testing has really created a run on everything associated with tests,” said Michael Fraser, CEO of the Association of State and Territorial Health Officials, which represents state public health agencies. “What we’re hearing from states is they’re running out of reagents, and they’re not going to be able to test everybody.”

As a result, states and municipalities have had to impose strict criteria on who is eligible for testing, meaning it is generally reserved for health professionals in direct contact with coronavirus patients, people who are hospitalized, and older Americans who have symptoms and are most at risk for death or severe illness.

But states like Ohio have already run out of reagents, Fraser said. States are also struggling to find swabs, which are used to collect samples from patients.

Governors say they are struggling to get the help they need from Washington.

Nevada Gov. Steve Sisolak (D) told reporters Friday that his state received notice the previous day from the federal government that its requests for reagents and swabs are on an “indefinite backlog” with no timeline for delivery.

South Dakota Gov. Kristi Noem (R) on Thursday told Trump that her state had to pause testing this week after the state lab ran out of reagents. A spokesperson for Noem said Friday it has received a shipment of supplies and now has the bandwidth to process high-priority cases.

Oklahoma Gov. Kevin Stitt (R) said at a press conference this week his state is “critically low” on reagents.

Labs in Nebraska are running into the same problem, according to the Lincoln Journal Star.

Even private labs are running low on supplies.

ARUP Laboratories, a testing company based in Utah, halted national orders this week, saying in a notice that it needs critical testing supplies, particularly reagents, to scale-up testing.

A spokesperson for Quest Diagnostics said it has enough reagents to meet near-term demand but acknowledged the “supply is strained globally.”

Qiagen, one of the main manufacturers of the extraction kits, said its goal is to produce enough reagents to meet global need by the end of June.

Department of Health and Human Services Secretary Alex Azar defended the lack of supplies during a White House briefing Friday, saying he has only heard about the problem “occasionally” and “anecdotally.”

“Usually it’s the lab people do not understand there are actually alternative supplies in the marketplace they are perfectly free to use,” he said. “Some of it is just they’re just not listening or checking with us about all the freedom, all the capacities out there.”

Vice President Pence said the government is focusing its resources on states that have the biggest coronavirus outbreaks, like California and Washington.

The administration has touted the drive-through testing sites that have opened in several states, but some of those are already shutting down because they ran out of supplies.

Weeks of complaints from doctors and patients have prompted the administration vow an overhaul of its testing system. Testing has improved in recent weeks, with the Centers for Disease Control and Prevention (CDC), public health and commercial labs running at least 142,000 tests since the start of the outbreak.

Before commercial labs joined in, the CDC and public labs had completed only 11,000 tests as of March 11.

“Clearly, more needs to be done, but we are rapidly getting to the point where we will have many, many tests out there,” Dr. Anthony Fauci, a member of the White House coronavirus task force, said Friday.

“It’s not a perfect system yet, but we’re getting there very rapidly.”