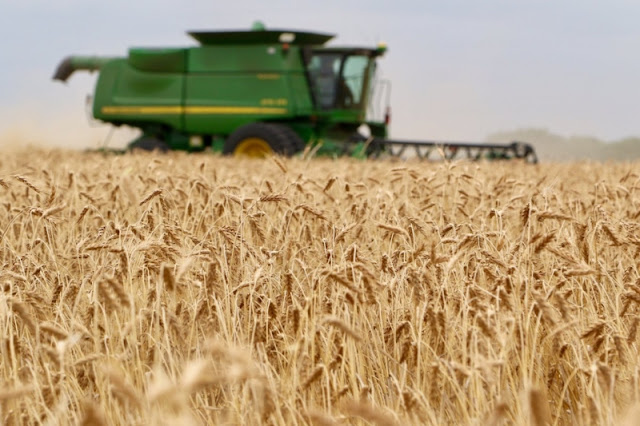 The sales came after a phase one trade agreement between the U.S. and China in which China agreed to honor commitments to buy corn, wheat and rice under tariff rate quotas (TRQ) the country had ignored for many years.

“China’s reappearance in the market with a major corn purchase is encouraging,” U.S. Grains Council President and CEO Ryan LeGrand said in a statement. “We are hopeful this will continue in light of the country’s phase one agreement commitments with the U.S.”

This news gave Texas farmers a glimpse of hope as many agricultural commodities markets took big hits over COVID-19 fears.

“We’re happy to see China following through and fulfilling agreements made in the phase one trade deal with the U.S.,” Brant Wilbourn, Texas Farm Bureau associate director of Commodity and Regulatory Activities, said. “China took some big blows during the COVID-19 outbreak there, but this purchase shows they’re committed to following through and making progress between our two nations.”

Hard red winter wheat is the main class grown in Texas, and the sale to China has added some enthusiasm back to the market, Wilbourn said. He added that hard red winter wheat prices are up more than 8 percent over last week’s close, a reflection of increased domestic demand for food staples such as flour, bread, crackers and pasta.

China has not made such a large purchase since implementing retaliatory tariffs on U.S. wheat in March 2018, U.S. Wheat Associates (USW) President Vince Peterson said.

“U.S. wheat farmers are in a good position to help fill the TRQ given current export prices, relatively low freight rates and the ready supply of the wheat classes China needs,” Peterson said. “USW appreciates the efforts of both the U.S. and Chinese governments to reach the phase one trade agreement that has helped re-open the door to U.S. wheat imports by China.”