Buttigieg drops out of presidential race 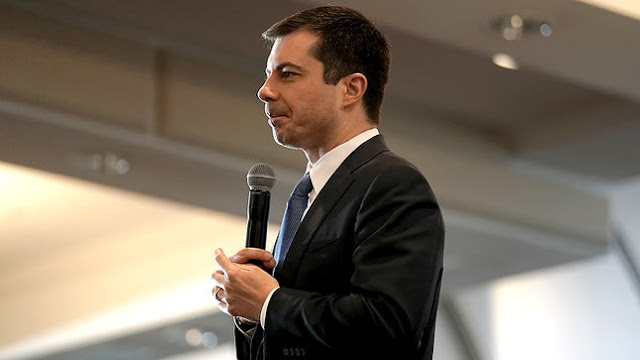 Pete Buttigieg is dropping his presidential bid after a disappointing showing in South Carolina, ending a meteoric rise that saw the once-obscure former mayor of South Bend, Ind., beat out several bigger-name rivals in the race for the Democratic nomination.

The then-mayor launched his campaign last April, touting a unifying message and the promise of generational change in Washington.

Buttigieg positioned himself as pragmatic alternative to progressive Sens. Bernie Sanders (I-Vt.) and Elizabeth Warren (D-Mass.), touting his own "Medicare for All Who Want It" plan.

He also sought to attract moderate voters of all stripes, often talking about his conversations wooing "future former Republicans."

Buttigieg also notably made history being the first openly gay presidential candidate on a major party ticket. His husband, Chasten Buttigieg, became a staple of his campaign, particularly on social media.

"Sadness. Disappointment. Huge respect. Pete did the math, and wanted to make sure his voters had a chance to cast meaningful votes on Tuesday, for a candidate who could still prevail in Milwaukee," Rep. Don Beyer (D-Va.), who was the first member of Congress to endorse Buttigieg, told The Hill. "Pete's best days still lie ahead. He earned the respect and affection of tens of millions of Americans."

Ever since his campaign's launch, Buttigieg's support in the polls fluctuated throughout the campaign and peaked during his performance in the Iowa caucuses where he narrowly won the delegate share over Sanders.

However, the former mayor fared worse in Nevada and South Carolina, where he came in third and fourth place, respectively. Buttigieg had struggled to gain traction among minorities, especially black voters, with some polls placing his support from the voting bloc at zero percent.

His critics also sought to highlight several racially charged controversies he has dealt with in South Bend, including his demotion of the city’s first black police chief.

Buttigieg's decision to drop out of the race comes after billionaire Tom Steyer suspended his campaign on Saturday after a poor showing in South Carolina.