Bonkers: Anti-dairy activism is a thing? 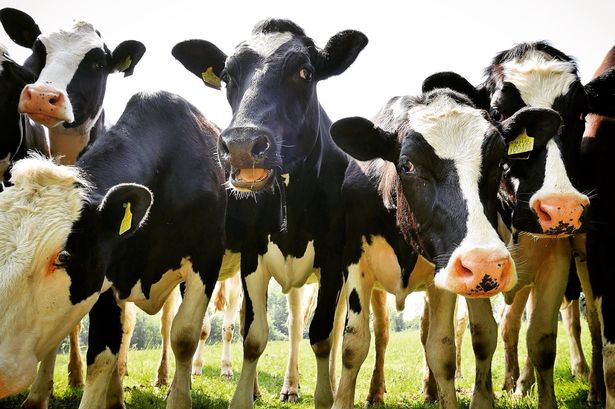 Listen, I realize there are far more important topics to write about, but can we take a moment to appreciate how bonkers it is that we live in a country where “anti-dairy” activism is a thing?

Two milk haters stormed Joe Biden’s stage at his Super Tuesday celebration shouting, “Let dairy die!” But this has been going on for months. In Las Vegas recently, Bernie Sanders was greeted by two topless anti-dairy protestors who smeared pink paint all over themselves on stage. “I’m your biggest supporter, and I’m here to ask you to stop pumping up the dairy industry and to stop pumping up animal agriculture,” a protester (not topless) added. “I believe in you . . .”

Joaquin Phoenix, spent a chunk of his Academy Award acceptance speech lecturing us about bovines, humans, and our place in the cosmos. “I think that we’ve become very disconnected from the natural world and many of us, what we’re guilty of is an egocentric world view — the belief that we’re the center of the universe,” he explained. Of course, being at the center of the universe is what makes us human.

In any event, I, too, am passionate about dairy products — almost all the hard cheeses, yogurt, ice cream, what have you. Unlike Phoenix, though, I’m grateful that humans in the Neolithic era began figuring out how to harness nature for their own selfish reasons by doing things such as domesticating milk-producing animals.

Mostly, though, it’s heartening to know that American life is going so well that the treatment of dairy cows has become a genuine issue for some in the activist class. The majority of do-gooding engagement these days, in fact, seems to be propelled by anxieties surrounding the alleged excesses of modernity. It’s when human beings start protesting the lack of milk, meat, or energy that we’ll know we have something to worry about.