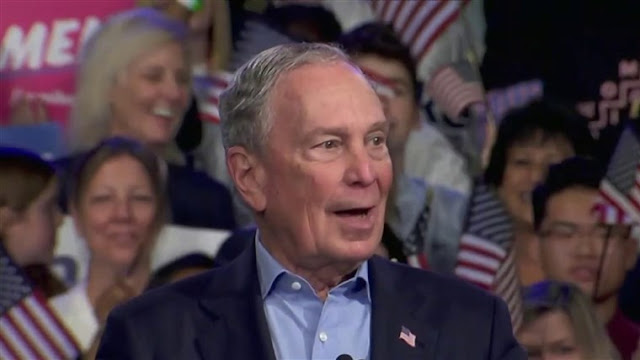 Former New York City Mayor Michael Bloomberg dropped out of the 2020 race on Wednesday after a disappointing performance on Super Tuesday despite spending hundreds of millions of dollars in advertisements.

He also endorsed former Vice President Joe Biden, saying it was clear from the Super Tuesday results that Biden was the best candidate to defeat Trump in November.

“I’ve always believed that defeating Donald Trump starts with uniting behind the candidate with the best shot to do it. After yesterday’s vote, it is clear that candidate is my friend and a great American, Joe Biden," he said.

As of Wednesday morning, Bloomberg had secured 44 pledged delegates in the race for the Democratic nomination. Biden leads the field of candidates with 453 delegates, followed by 382 for Sen. Bernie Sanders (I-Vt.) and 50 for Sen. Elizabeth Warren (D-Mass.), according to figures from the Associated Press.

Fourteen states and one U.S. territory -- American Samoa -- cast ballots on Super Tuesday. Bloomberg's only outright victory was in American Samoa, which does not have any votes in the Electoral College.

Bloomberg's endorsement of Biden comes on the heals of similar support from two other former White House hopefuls: Sen. Amy Klobuchar (D-Minn.) and former South Bend, Ind., Mayor Pete Buttigieg. Both had been competing with Biden and Bloomberg in the moderate lane.

The past five days have been a whirlwind for Biden, who used a decisive victory in Saturday’s South Carolina’s primary to catapult him to wins in most of the Super Tuesday states.