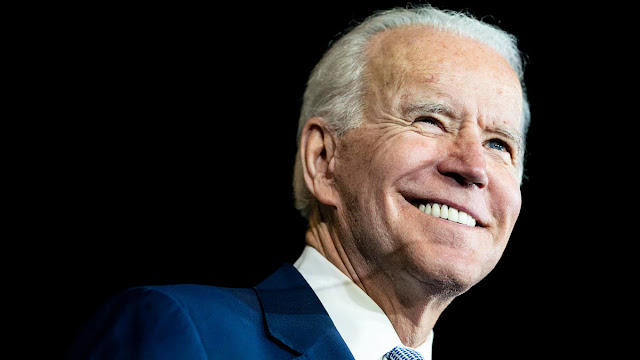 Former Vice President Joe Biden was poised to cement his front-runner status in the Democratic presidential race on Tuesday after he scored a major victory in Michigan over Sen. Bernie Sanders (I-Vt.).

The victory followed on the heels of Biden's two other wins in Mississippi and Missouri on Tuesday. The results in three other states — North Dakota, Idaho and Washington — are yet to be determined. Sanders won all three during his 2016 primary bid against Hillary Clinton.

Biden’s win in Michigan, a delegate-rich state and critical general election battleground, was particularly crushing for Sanders, who unexpectedly carried the state in the 2016 Democratic primary despite polls showing Clinton with an outsize lead in the Wolverine State.

The Vermont senator and his aides have long argued that his populist message would resonate among working-class voters in Michigan and help deliver the state for Democrats in the November general election after President Trump flipped it in 2016.

In recent days, he has acknowledged that a win in Michigan is “very, very important,” though he has stopped short of calling it a must-win contest for his campaign.

Biden’s primary wins on Tuesday were the latest in a remarkable comeback for the former vice president, whose campaign appeared on the brink of collapse less than two weeks ago.

But a decisive victory in the South Carolina primary late last month and 10 subsequent wins on Super Tuesday helped him reclaim the front-runner status he has enjoyed for much of the past year.

Biden is likely to seize on his win in Michigan to bolster his argument that he is the candidate best suited to take on Trump in November. The state was among three Rust Belt states, along with Pennsylvania and Wisconsin, that Trump carried in 2016 and that Democrats see as vital to winning back the White House this year.

The victory on Tuesday could allow Biden to claim a mandate from voters in the Wolverine State and may bolster his campaign throughout the Midwest, including in Ohio, which holds its primary next week.

It’s also likely to raise questions about Sanders’s future in the primary race. Biden is expected to widen his delegate lead on Tuesday and appears poised to continue his winning streak in the coming weeks.

In Florida, which holds its primary next Tuesday, recent polls show Biden leading Sanders by double digits. And in Arizona, another state that holds its primary next week, Biden was holding a 28-point advantage over Sanders, according to a survey released on Monday by the Phoenix-based firm OH Predictive Insights.

The last 10 days also represent a stark turnaround for Sanders, who emerged as the primary race’s early front-runner after top finishes in Iowa, New Hampshire and Nevada, where the first three nominating contests were held.

South Carolina, however, posed an insurmountable challenge for the Vermont senator, as black voters and moderates came out in force for Biden in the primary.

Black voters, often seen as the backbone of the Democratic Party, also helped deliver Biden a big victory in Mississippi on Tuesday.