Biden could have another good night on Tuesday 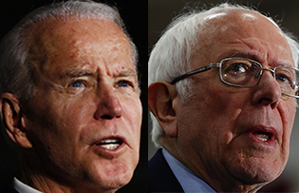 The vast majority of the coverage of tomorrow’s primaries focuses on Michigan, because it is the biggest prize, with 125 delegates at stake. Two polls released in the past 24 hours put Biden ahead by a wide margin — 51 percent to 27 percent in the EPIC-MRA poll and 54 percent to 33 percent in the Mitchell Research survey.

For some reason, the national media is treating Michigan like it’s the only competitive state. But Washington state has 89 delegates and polling makes it look pretty competitive, with Biden enjoying a small lead in two polls conducted in the last week.

Beyond that . . . it looks like Biden country. Missouri has 68 delegates, and the most recent survey shows Biden enjoying close to a 2-to-1 margin there. But a few days earlier, Emerson College found Biden only ahead by 4 percentage points.

Mississippi has 36 delegates, and the lone recent poll has Biden at 77 percent. Idaho has only 20 delegates and North Dakota has a caucus with 14 delegates at stake, and no polls have been conducted in that state.  If you subscribe to the theory that Biden does better in more conservative states, Biden should win these states, and perhaps by a wide margin.

Add it all up and Biden is likely to have another good night tomorrow, and maybe even good enough that it creates the perception that Biden’s lead in delegates –currently at 77 — is insurmountable. It’s not an enormous lead, but there just aren’t a lot of delegate-rich, pro-Sanders states left out there. Sanders is probably going to get creamed in Florida on March 17, with 219 delegates at stake.

The story of the Sanders campaign is turning into a simple one: His socialist agenda and desire to turn American life upside down had a strong appeal to 15 to 30 percent of Democrats nationwide. In a large field, the pro-Sanders segment looked massive. In a one-on-one race, it looks miniscule.