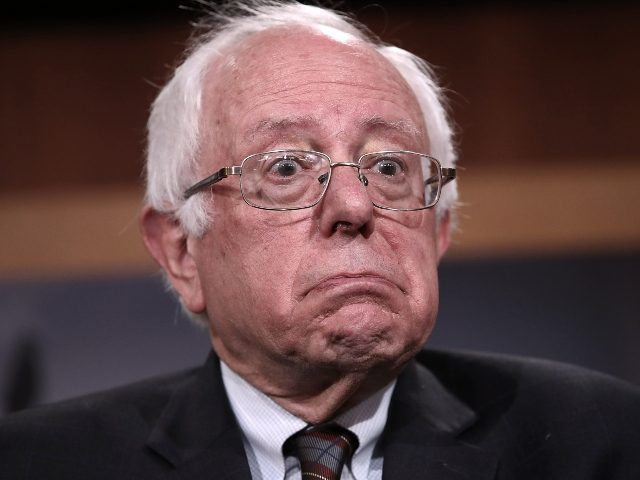 Maybe Bernie Sanders and his supporters will console themselves with the argument that the primary calendar didn’t do him any favors. After South Carolina, Super Tuesday featured a slew of similar heavily African-American, culturally conservative Southern states: Alabama, Arkansas, North Carolina, Oklahoma, Tennessee, Texas, Virginia.

An elderly white Vermont senator who is running on socialism was probably always going to have an extremely difficult time sealing the deal with Southern Democrats, white or black. Tonight, Sanders is getting crushed again in Mississippi.

But that stirs the question: Just what are the states that are good for Sanders? The first thought would be the New England states, because Sanders won New Hampshire and his home state of Vermont. But Joe Biden narrowly won Maine and Massachusetts. Perhaps it’s the West? Sanders won California, Nevada, and Utah. Washington could give Sanders a win tonight.

The upper Midwest does not look Sanders-friendly at all. After a de facto win in Iowa (even though Pete Buttigieg won one more delegate), Sanders lost Minnesota, and he is on his way to losing Michigan tonight, probably by double digits. Missouri wasn’t all that close either.

At this hour, Sanders might get a few moral victories with wins or solid finishes in North Dakota and Idaho, and the aforementioned Washington. But it’s hard to find the next delegate-rich state that looks good for Sanders. The quartet of states that vote next week — Arizona, Florida, Illinois, and Ohio — all look like Biden wins. Georgia, a week later, looks Biden-friendly too. Maybe Wisconsin on April 7?

After all the excitement and hype of the first three candidates, Sanders and his socialism are proving a niche interest. The entire political world got spun by the results of a trio of idiosyncratic, not terribly representative states. The deeply disappointed and furiously outraged Sanders fans will console themselves with the belief that their man came close.

In state after state . . . he really isn’t coming all that close.