Analysis: A Texas governor caught betwixt and between Texas attitudes 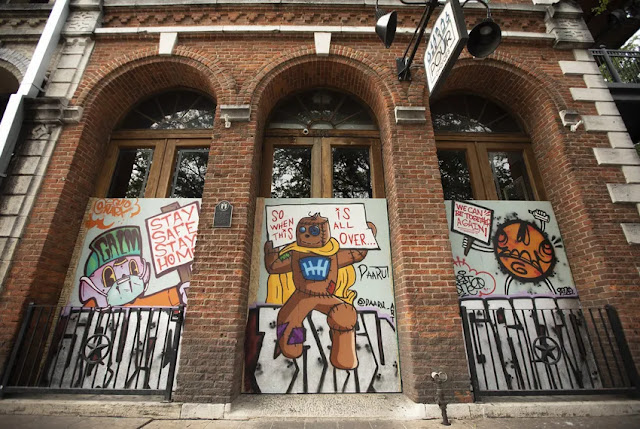 Political people have noticed the dissonance on Gov. Greg Abbott’s support for local control in the face of the new coronavirus and his disdain for it in recent battles over property taxes, rideshare regulations, paid sick leave, and other local policies.

It’s been a running fight and — pandemics aside — it doesn’t look like the end of it is in sight.

But the range of local reactions to the coronavirus, ranging from stay-home orders of various strengths to business-as-usual responses elsewhere, have the governor hesitating to impose statewide directives.

Over here are Dallas County and the city of Austin, telling residents to stay inside. Some Austin leaders have even told residents not to walk on the popular trail around Lady Bird Lake for exercise, for fear they’ll come within six feet of one another.

And over there are places like Midland and Palestine, where restaurant dining rooms are closed but many stores are bustling with customers.

What Texans can do — what, in fact, they are doing — depends in large measure where those Texans are.

It might look like a red Texas-blue Texas split. Those post-election maps that show the metropolitan areas where Democrats prevail and those wide, less-populated swatches where Republicans dominate more or less sync up with the pattern of reactions to this pandemic.

To a large extent, it’s a map of where COVID-19 has hit and where it hasn’t. And as the spread of the disease accelerates, so do the responses.

Look no further than Montgomery County, north of Houston. County Judge Mark Keough, a former state legislator, posted a video on Facebook on Tuesday explaining that the county’s residents were smart and responsible enough to self-regulate without shelter-in-place orders from the county government.

He flipped on Friday afternoon, posting a second video saying he has been trying to balance safety and civil liberties concerns and has changed his position.

“Given the most recent information concerning the spread of the virus, and the potential for loss of life for our county and for our region, I am amending my original order to become the Montgomery County Stay Home Stop the Spread order,” he said. It ordered non-essential businesses to close at midnight Friday and imposed a midnight-to-6 a.m. curfew for people running errands not considered to be essential business or emergencies.

“Stay home when you don’t need to be out,” he said.

Or look to the north, where top officials in Dallas and Collin counties had a chippy exchange, reported by the Dallas Morning News, over the difference between Dallas County’s shelter-in-place directives and Collin County’s decision to let businesses stay open.

That’s a microcosm of what the governor is navigating. He’s been known to complain in earlier local control battles that local control can lead to a patchwork of regulations. That was the argument when some cities wanted to block drivers from using handheld phones; crossing from one city to another might trigger a whole different set of regulations.

But in the current case, Texas is meeting the new coronavirus with a patchwork of regulations. While Dallas County Judge Clay Jenkins is fretting about weak social distancing advice from an adjacent county, officials in more rural counties even farther north are trying to protect their citizens, their groceries and other stores from metropolitan hoarders out foraging for meat and toilet paper.

The downtown streets in the big cities might be mostly empty. The theaters and restaurant dining rooms around the state are quiet. But the big box retailers are doing normal business in many parts of Texas.

Abbott has left himself some room. He started by telling Texans not to gather in large groups, to close the big gathering places. He stopped short of telling people to stay at home, saying he wanted to see how the first orders were working. He remained there during the past week, though he noted that he’d seen a lot more cars on the street than he expected when he was on his way to a recent news conference. And over the weekend, he said people coming to Texas from Louisiana, where the new coronavirus has strengthened, should quarantine themselves for 14 days. Still, he hasn’t expanded his statewide directives.

Meanwhile, the pandemic is advancing. The medical experts uniformly say things will get worse before they get better. They are the biggest advocates of social distancing, of flattening the curve, of staying at home.

More local governments are joining in with restrictions, including those that are naturally, culturally inclined to meet ideas from Washington and Austin with skepticism and disdain.

It’s not their politics, it’s their nature. They want to see the problem before they’ll act. More of them are coming up with public advisories as more of them see the disease get closer. Here it is in brief: As of Friday, the Texas Department of State Health Services said 105 of the state’s 254 counties had reported cases. A week earlier, there were only 34.