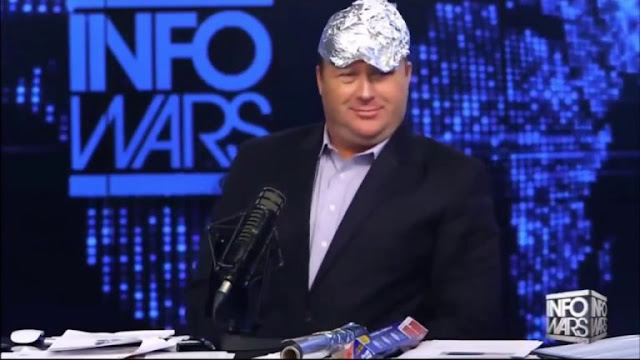 InfoWars founder Alex Jones promoted a toothpaste he claims federal officials have said can kill coronavirus, which has infected and killed thousands worldwide, despite recent warnings issued by government agencies debunking that claim.

According to HuffPost, the conspiracy theorist — who was arrested near Austin on Tuesday morning for allegedly driving while intoxicated — made the claim about the toothpaste, which is being advertised as “nano-silver infused” on his website, during his show earlier this week.

“The patented nanosilver we have, the Pentagon has come out and documented and Homeland Security has said this stuff kills the whole SARS-corona family at point-blank range,” he reportedly said on the show.

“They’re still discounted despite all the hell breaking loose,” he continued.

The claim comes about a week after the Food and Drug Administration (FDA) and the Federal Trade Commission (FTC) warned The Jim Bakker Show and other companies for selling “fraudulent COVID-19 products” claiming to cure or prevent the virus.

A journal published by the U.S. National Library of Medicine National Institutes of Health in July 2013 said nanosilver has “been used for different reasons in consumer and commercial products over the past century, although ‘nano’ terminology does not always appear in the patent or scientific literature.”

“Colloidal silver, in which silver particles down to the nanoscale are suspended in liquid, has been used for health and medical reasons since the early twentieth century and is now marketed as a dietary supplement and alternative medicine cure-all,” it went on to state.

The FDA has warned about colloidal silver and its ineffectiveness in treating illnesses in the past. In 1999, the agency warned that many over-the-counter drug products containing the material were “being marketed for numerous serious disease conditions.” At the time, the agency also said that it was not “aware of any substantial scientific evidence that supports the use of OTC colloidal silver ingredients” for those conditions.

It also reiterated in its notice that, as of now, there are no vaccines or drugs approved to treat the virus.