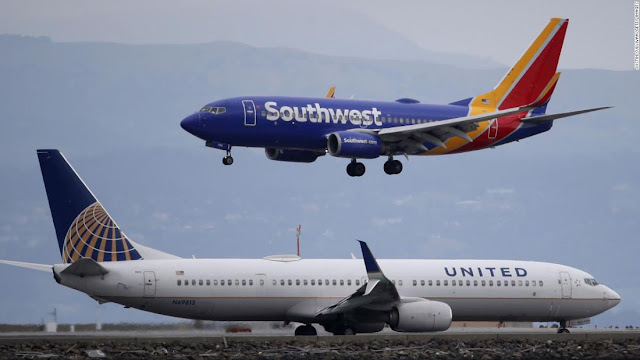 Airlines for America (A4A) on Monday called on Congress and the administration to provide grants, loans and tax relief to a beleaguered industry struggling through a coronavirus epidemic that has upended travel and forced the cancellations of thousands of flights.

The group is calling for Washington to provide assistance to the airlines through the end of the crisis.

As an immediate step, it said $25 billion in grants should be provided to passenger air carriers to compensate for reduced liquidity for the current year. Cargo air carriers should get $4 billion, it said.

The industry group also called for $25 billion to provide medium- to long-term liquidity for the industry. And it suggested that tax relief be provided through a rebate to air carriers. Federal excise taxes on air carriers, including taxes on tickets, cargo and fuel, should also be repealed through end of 2021, it said.

White House economic adviser Larry Kudlow has indicted that airline aid is under consideration and the White House is looking for ways to help the industry through tax relief, loans and grants.

A4A said airlines are in conversations with the administration, Congress and labor unions to secure financial assistance from the federal government. The group noted that pilots, flight attendants, mechanics, gate agents, ticket agents, parking attendants and other workers are being considered.

“This is a today problem, not a tomorrow problem. It requires urgent action,” A4A President and CEO Nicholas Calio said in a press release.

U.S. airlines have taken drastic steps to cut back on flights. Delta Air Lines is sidelining 300 planes, American Airlines is cutting international flights by 75 percent until May and reducing its domestic capacity in April by 20 percent, and United Airlines canceled 10 percent of U.S. flights in April and May.

The International Air Transport Association predicted that global airlines will lose $113 billion in sales as the virus spreads, CNN reported.

There are at least 3,800 confirmed coronavirus cases in the U.S. and 67 deaths, according to data compiled by The New York Times.