Why would a Texas Democrat want a seat in the Republican state Senate? 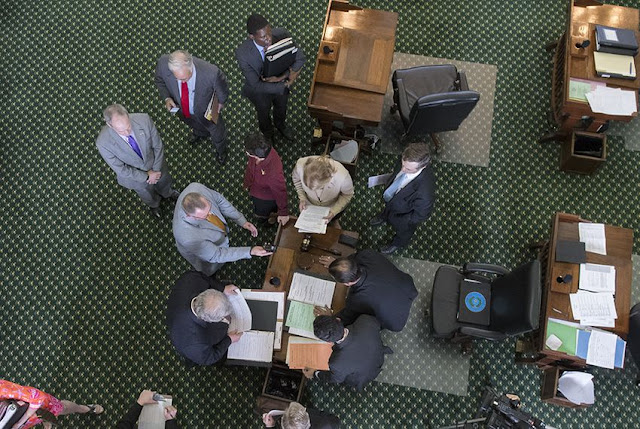 Ambitious politicians swim upstream, no matter how strong the currents run against them — or how cold the water gets.

How else might you describe the Democrats who want to replace José Rodríguez of El Paso and Kirk Watson of Austin in the Texas Senate?

Sure, it’s great to be a state senator. It’s a more powerful position, on paper, than a state representative, or a city council member or maybe even a county judge. (More on that last one in a minute.)

It's true that a Democrat in the Republican Texas Senate is more powerful than a Democrat in the Republican Texas House, and it’s understandable why people like state Rep. César Blanco, D-El Paso, want to move up. The pay is the same. The terms are four years long instead of two. A Senate district is the size of almost five House districts. Senators have bigger staffs, bigger budgets and a better shot at meaningful assignments. And there’s less credit-sharing: A House member is one of 150; a senator is one of only 31.

It’s more prestigious to be a senator. Some of that is power, some is perception: Legislators actually believe in the implied hierarchy of the “upper” and the “lower” chamber, the derivatives of the United Kingdom’s House of Lords and House of Commons.

The problem for a Democrat looking for a seat in the Texas Senate is that there are only a dozen Democrats there. The Republicans have a supermajority — enough votes, under current rules, to control the agenda without the need for any Democratic help. They also have a strong lieutenant governor in Dan Patrick, who has demonstrated a singular talent for turning powerful state senators into minions.

Not every one of them, and not all of the time. But Patrick hardly ever doesn’t get his way; in the Texas Legislature, that’s a good working definition of power.

It’s not just the Legislature where that’s a thing; Congress works the same way. Six Republicans in the Texas congressional delegation declined to run for reelection in 2020. They have various reasons, but they have one thing in common: All six served in the U.S. House with a Republican majority, and now the Democrats are in control. It’s more fun to be in charge.

The Texas Senate is a long way from flipping to the Democrats. It’s wildly optimistic to think that’s going to change soon: The certain Republican majority in next year’s legislative session will draw new political maps for the next decade, based on this year’s census data. Republicans are going to draw maps that solidify the Republican hold on the Senate.

The downside is that Democrats have to sit at the kids’ table. The upside, career-wise, is that the Senate can lead to bigger things. The lieutenant governor, the attorney general and the comptroller were all senators before winning statewide elections.

In the state House, the Republican majority is smaller, small enough that Democrats are trying to spend and organize their way to a majority. That’s possible, but difficult: They’re trying to win at least nine seats they didn’t quite win in 2018 — to do better in nine spots than they did in one of the best election years in more than a decade. Even if they fall short, House Democrats are likely to have more power than Democrats in the Senate, where the Republican advantage is much larger.

Blanco is in an uncontested primary to succeed Rodríguez. It’s a Democratic district, but he will face a Republican in the general election.

The Watson seat is suddenly open, too, because the incumbent is quitting to take a new job. He’ll be replaced in a special session — meaning House members who want to run for his seat don’t have to give up their current positions to do so. When he announced he was leaving for a post at the University of Houston, a tremor went through the House’s Austin delegation. Three of the five members said they won’t run, and two are still looking hard at it. People on the Austin and Pflugerville city councils noticed, too; watch for a couple of candidates from those quarters. It might even attract a Republican, though the district was drawn in a way that favors Democrats.

It even attracted the attention of Sarah Eckhardt, the Travis County judge, whose interest — whether she runs or not — tells you a bit about the behavior of ambitious political creatures.

She’s the top elected official in the state’s fifth-largest county, with a salary of about $156,000. State senators make $600 a month. But hey — look at the benefits!