Uh-oh: Many Dems see party moving in the wrong direction 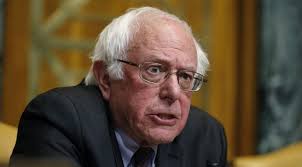 The first national poll from CBS/YouGov after the dumpster fire debate showed Warren surging into second place behind noted Fidel Castro fanboy Bernie Sanders, but that one may turn out to be an outlier. We now have a new Morning Consult survey with a significantly larger sample size that shows something closer to the previous status quo. Bernie Sanders is still in the lead with 32 percent and Michael Bloomberg is still somehow in second at 19. Joe Biden is just behind Mike at 18% while both Warren and Mayor Pete are trailing at 11%. So that Survey only shows Warren with a single point bump coming out of Nevada.

That should be alarming for Democrats, but it’s not the worst news in this survey by a long shot. Morning Consult asked Democratic primary voters if they thought their party was heading in the right direction. It turns out that panic is starting to set in.

Morning Consult numbers also reveal that only one-third of Democratic voters say their party is “headed in the right direction.”

“A 46% plurality in the latest poll said they believe Trump will defeat the Democratic nominee later this year, roughly matching responses collected after Iowa and New Hampshire,” Mr. Yokley says.

When only 33% of your party thinks it’s heading in the right direction, you’ve got a serious problem on your hands. A plurality believe that the Democrats are moving in the wrong direction and the rest simply aren’t sure. Does that sound like the level of voter enthusiasm that’s going wash over the country in a blue wave?

Perhaps even worse is the sense of gloom and defeat among the faithful. A plurality, very close to 50%, think that the barbarians are already at the gates and Trump will defeat the eventual nominee in November. You really have to wonder what that number would look like if the current frontrunner were Joe Biden. Or Pete Buttigieg. Or even Bloomberg. Anyone but Sanders, really. I have to believe that their confidence levels would be higher.

Speaking of Bloomberg, is this guy just made of Teflon or what? In this survey, he was a 20% before Warren tore him to pieces in the last debate. He briefly dropped to 17%, but now he’s back up to 19%. What kind of magic spell has he cast over the Democratic base? Oh, you wanted cops throwing Black suspects up against the wall? No problem, Mike. You called transgender people “it?” Don’t worry about it. You made a bunch of women sign NDAs after receiving settlements for your sexist pig behavior? Hey, buddy… we all make mistakes from time to time.

At this rate, Bloomberg still won’t have enough support to take the lead and bag a majority. But he’ll keep collecting delegates all the way to the convention and potentially deny Bernie a win on the first vote. There’s clearly something about New York City billionaires and their adoring fans that’s tough to parse. Perhaps Bloomberg could also shoot someone in the middle of Fifth Avenue in Manhattan and still keep 20% support.