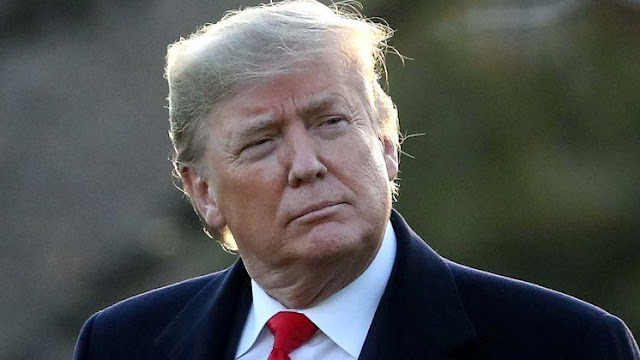 President Trump on Monday will request a 6 percent cut to nondefense spending as part of his $4.8 trillion budget proposal for 2021, breaking from a bipartisan spending agreement inked in August.

The request includes $740.5 billion in defense spending but just $590 billion for domestic spending, which includes everything from health and education to transportation and foreign policy.

The proposal has already riled Democrats, who along with Republicans and the White House had agreed to overall spending figures for both 2020 and 2021 in a deal last summer.

"Instead, he is proposing deep cuts to critical programs that help American families and protect our economic and national security," he added.

That deal set out $626.5 cap for nondefense spending, with room for additional spending through an off-budget account. Trump's budget also scrapped the $8 billion in domestic spending through that account but left in place the one for defense.

"Our view is that these are ceilings, not floors," an administration official said.

As in previous years, Congress is likely to cast aside the request, an eventuality the official acknowledged was the probable outcome.

It would boost the budgets of Veterans Affairs by 13 percent and NASA by 12 percent, as Trump highlighted in his State of the Union Address last week.

The proposal lays out a 15-year path to eliminating the deficit, which is expected to top $1 trillion in 2020 for the first time since 2012. The White House sees it falling below that level in 2021 but continued to rely on economic growth expectations that have proved unrealistic.

Like previous budgets, this one assumes an average of 3 percent economic growth, which would lower the deficit by juicing revenues. But the economy has not hit that growth level once under Trump's reign and dropped to 2.3 percent last year.

The Congressional Budget Office forecasts that growth will slow further this year, but the White House estimated a 2.8 growth rate.

Democrats are likely to accuse Trump of breaking his promise to protect Medicare, which the budget trims by assuming slowing rise in health costs, capping spending and block granting payments.

It adds controversial work requirements for Medicaid and many welfare programs, including the Supplemental Nutrition Assistance Program (also known as food stamps) and housing assistance.

But the budget also contains two areas where Democrats could cooperate with the White House on a bipartisan deal.

The first is prescription drug prices. The budget plan carves out $130 billion for a reform plan but does not specify a preferred plan, opening a path for negotiations with House Democrats.

"Here we’re leaving more room for negotiations so that we can get a deal that the president can sign," the official said.

The budget also includes $1 trillion for infrastructure. Critics hit the White House for proposing only $200 billion in federal spending on infrastructure last year while slashing funds for the Highway Trust Fund, which currently pays for many infrastructure projects. This year, the fund is left fully intact.

On that front, however, expectations of a bipartisan deal are lukewarm.

"They would want to put tax increases on the table and we would be loath to do that," the official said.

When it comes to another promised round of tax cuts, however, the budget assumes that the individual tax breaks from the 2017 GOP tax law will be extended past 2025 at a cost of $1.4 trillion. White House officials said they are working on a more detailed plan to be unveiled by summer. The official said that any plan would likely cleave to the $1.4 trillion carved out in the budget proposal.